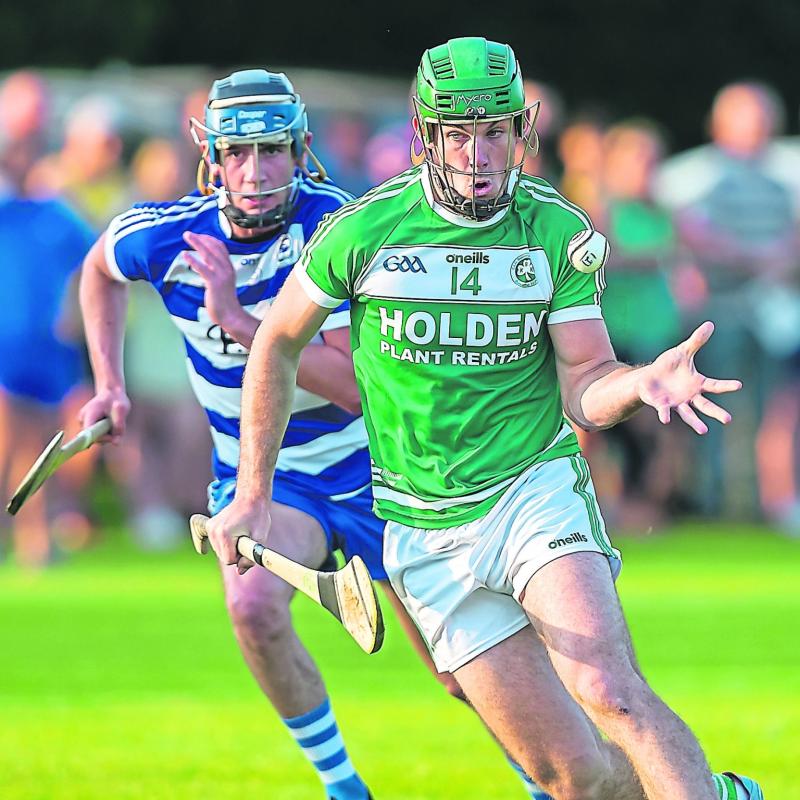 Points from Adrian Mullen, Richie Reid and Eoin Reid helped the Shamrocks overcome a spirited Lisdowney side at a sunny Tullaroan on Saturday night.

The winners were again without a number of regulars but they still threatened to run riot at different stages with Eoin Cody and Niall Shortall netting opening half goals.

Lisdowney were much improved from their recent loss to Erin’s Own and they battled back bravely, with a 22nd minute Brian Kavanagh goal helping the North Kilkenny side stay in touch.

Despite trailing by five points at one stage, Lisdowney still led at the 50th minute mark and they looked primed to secure at least a draw.

Unfortunately for Lisdowney though they failed to score anything in the final 10 minutes and after Adrian Mullen equalised, the brotherly duo of Eoin and Richie Reid sealed the two point win.

Kilkenny captain Richie continued his fine form from the intercounty scene and he made a crucial late block when Lisdowney went in search of a late goal.

Aidan Tallis pointed Lisdowney into an opening minute lead before Shamrocks replied with the following three efforts as Adrian Mullen, Liam Barron and Ronan Corcoran all got on the scoresheet.

Tallis then doubled his tally when taking advantage of a rare mistake in defence by Richie Reid but the defending county champions soon moved five points clear after Mark Gorman pointed from play and Niall Shortall goaled after been put clear by Eoin Cody.

Shamrocks led 1-4 to 0-2 at that point but Lisdowney did bite back with four of the next five points as Tallis, Pat O’Carroll and Niall Brennan all contributed to reduce the deficit back to two points with an Eoin Cody free keeping the Shamrocks ahead.

Cody then pounced for Shamrocks second goal on the cusp of the water break after Evan Shefflin found the young hurler of the year in space.

Pat Hoban’s side led 2-5 to 0-6 as a result but after Christopher Coady and Aidan Tallis exchanged points, Lisdowney then got the deficit back to a point when Brian Kavanagh found the net and while Shamrocks stopper Dean Mason was convinced he was fouled in the build up, the goal was still awarded.

Eoin Cody and Niall Shortall added to the Shamrocks tally in response before Lisdowney hit back via Michael Kenny, Liam Dunphy and William Kenny as the winners went into the break with a 2-11 to 1-12 advantage.

While the first half was an end to end exhibition, it was much less hectic in the second period.

Eoin Cody was continuing to cause Lisdowney bother and back to back efforts from the full forward pushed Shamrocks four clear.

Lisdowney then hit five points on the trot as efforts from Kavanagh, Tallis, Kevin Sweeney and Cathal Jordan looked like it would give them the win.

Shamrocks showcased all their experience when it was needed the most, scoring the final three points to claim the win.