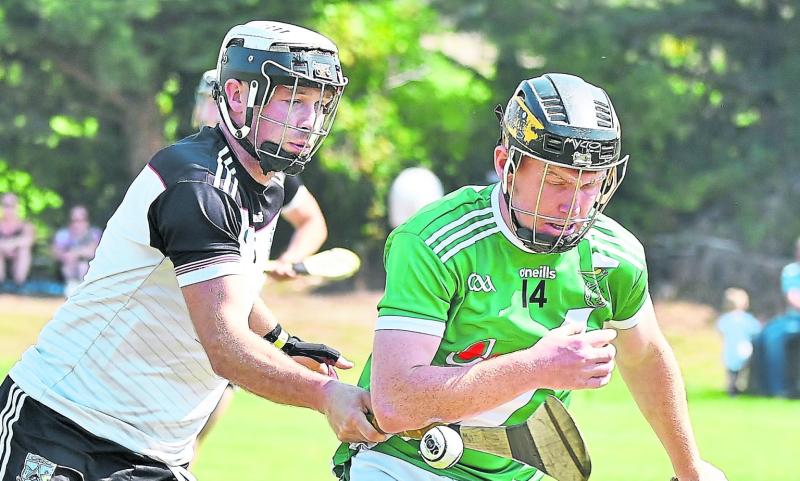 Mullinavat caused something of an upset as they claimed a four point victory over an out-of-sorts Tullaroan side at Hugginstown.

Tullaroan came into the game on the back of their controversial clash with Clara being deemed a draw. That appeal seemed to affect Ken Coogan’s team as they never found their form as the ’Vat secured their first league victory.

Mullinavat succeeded in putting a halt to a few of Tullaroan’s key men with the likes of Mossy Keoghan and Padraig Walsh well marshalled on the day.

The game turned into the story of the two Walshes with Tullaroan’s Shane scoring 10 points in total while Mullinavat’s John finished with a tally of 1-8.

Walsh got Mullinavat’s first goal in the 10th minute and with Ger Malone also finding the net in the first period, they built up a seven point lead that proved too big a mountain for Tullaroan to overcome.

Bill Gaffney got Tullaroan’s only goal in the 35th minute and while they did start a mini-revival, it wasn’t enough to get anything out of the game.

Mullinavat came into the game with two losses from two and knew they needed a result if they were to stand a chance of finishing outside the bottom two in the table.

The game was tightly contested in the first few minutes and the teams were deadlocked at 0-2 apiece after seven minutes of play when Tullaroan efforts from Dylan Simpson and Mossy Keoghan cancelled out earlier Mullinavat points from John Walsh and Padraig Dempsey.

Mullinavat threatened for goal in those early minutes and they got their just reward when John Walsh finished to the net on the back of Ger Malone latching onto a loose ball and releasing the full-forward into space.

Shane Walsh then replied with a brace of frees as Mullinavat led 1-2 to 0-4 at the first water break.

Walsh’s free taking kept Tullaroan in touch during the first period. Two more kept them within two points after John Walsh, Willie O’Dwyer and Ger Malone found the range for the Vegas boys.

Tullaroan then created their first goalscoring opportunity in the 23rd minute when Gearoid Dunne flicked the ball out to Mossy Keoghan but Mossy’s effort was a summation of his own performance as he could only find the side-netting.

Padraig Dempsey hit back with his second point of the half and ’Vat led 1-6 to 0-6.

Brothers Shane and Martin Walsh got the deficit back to the minimum by the 26th minute, but the rest of the half belonged to their opponents.

Mullinavat’s second goal arrived in stoppage time when a direct inside pass from George O’Connor found Ger Malone. He beat his man before firing low to the net after cutting inside from the endline.

That goal arrived on the back of points from Walsh, Padraig Dempsey, Willie O’Dwyer and Joe Gahan, allowing Mullinavat to open up a seven point lead at the interval (2-10 to 0-9).

After such a disappointing opening half display, Tullaroan were always going to bite back and so they did with Bill Gaffney finding the net within five minutes of the restart.

The wing forward was free after Shane Walsh fought off a few challenges before finding Gaffney in space.

Tullaroan didn’t get the expected momentum shift on the back of it though as Mullinavat struck for two quickfire efforts from Walsh and Liam Fennelly.

Tullaroan replied via Walsh, John Walton and Peter Walsh to get within three points but they couldn’t get any closer.

Mossy and Jack Keoghan had efforts at goal blocked late on and with that Mullinavat were able to see the game out rather comfortably with John Walsh knocking over an insurance free in stoppage time.

The result opens up things in the group ahead of the next round of games.