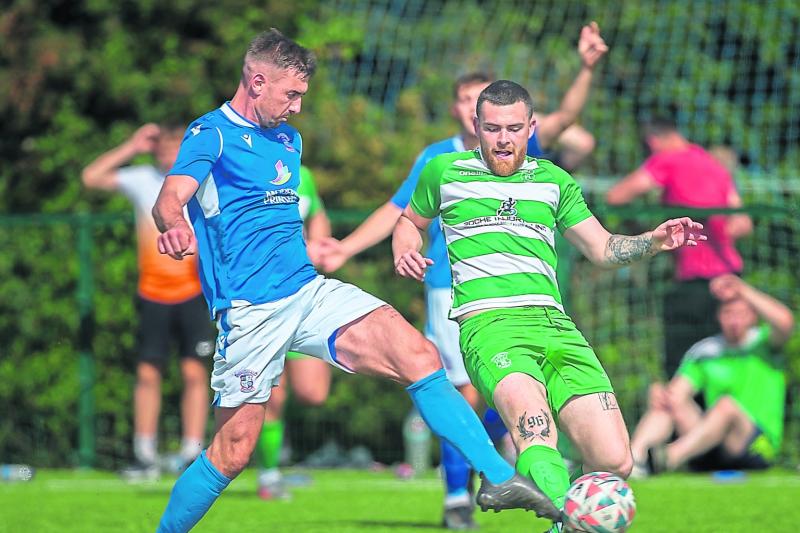 The new Kilkenny & District League season is up and running, with a number of teams already gunning for silverware.
The four remaining games in the last 16 of the Maher Shield will be played this evening (Wednesday), with champions Freebooters determined to hold on to their title.

’Booters made the short trip out the Kells Road on Sunday a winning one when they beat old foes Evergreen. Craig Hayes was the man of the moment, scoring the only goal of the game. Their reward is a meeting with Thomastown United, the team they beat in last year’s final, in the quarter-finals.

Fort Rangers also put their name in the hat for the next round when they scored a good win over Callan United.

Fort, who won the Division One league and cup double last season, were keen to keep their good run going and made a great start in Callan, racing into an early lead thanks to two goals from Emmet Nugent, last season’s Division One Player of the Year.

They extended their lead through an own goal, before a strike either side of the half-time break from Ryan Maguire sealed a 5-1 win.

River Rangers also moved into the last 16. They beat Newpark 4-2, with Willie O’Neill (2) and Philly Doheny among the goals.
Deen Celtic and St Canice’s also advanced, both getting walkovers from Highview Athletic and Castlewarren Celtic respectively, while Tullaroan needed penalties to get past East End United after their game finished 2-2. St John’s made it another win for a city team when they beat Stoneyford United 2-1.

The winners of this evening’s games will join St Canice’s, St John’s, Deen Celtic and Ormonde Villa in the last eight.