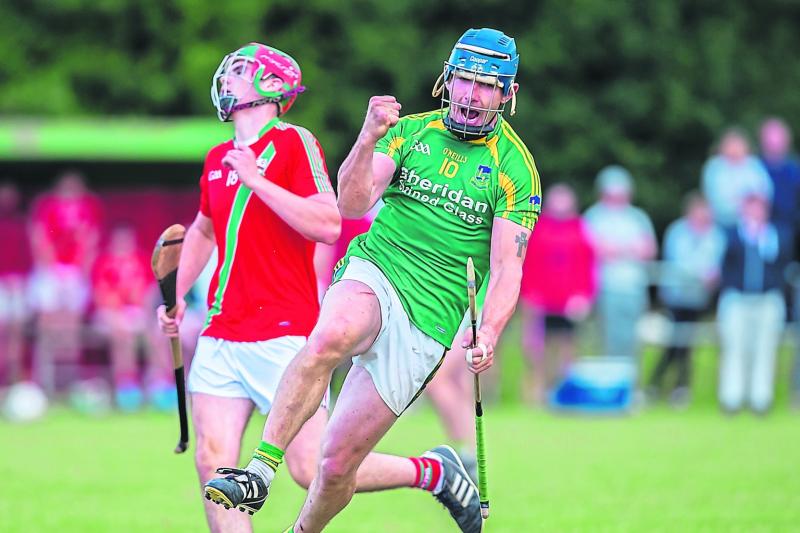 While tradition would dictate these sides would battle it out in a close-fought encounter there was only one team left smiling on the Kells Road on Saturday as Anthony McCormack’s Dunnamaggin showed a signal of their intent when delivering a swashbuckling performance.

However, all should not be lost for the young St Martin’s (Muckalee) men as they were only a couple of scores behind when Paddy Nolan received his marching orders for a second yellow card. With a little more composure in front of goal, and some six players to come back from injury, they might spring a surprise or two come the knockout stages.

Dunnamaggin started the stronger, going 1-3 up in the first five minutes, the goal coming from Luke Fitzpatrick, before Martin’s got off the mark with a point from Justin Manning as they started to settle into the game.

The remainder of the first half was fairly even, as the teams traded points. There were some well-taken scores from Jamie Morrissey, Luke Maher and Josh Dempsey from St Martin’s, while JJ Dunphy and Eoghan Kearney (frees) kept the scoreboard ticking over for Dunnamaggin, who led by 1-9 to 0-8 at the break.

With the wind at their backs for the second half once Dunnamaggin got going they never let St Martin’s back into back into the game.

Eoghan Kearney was very accurate from frees and Denis Walsh was on fire in front of goal. They had some good points scored from Andy Hickey at midfield and Darren Fitzpatrick made sure of the win with a sweetly-struck goal near the end of the game.

It was all one-way traffic with Robert Shore being the only Martin’s scorer from play in the second half.