Anticipation grows as start of new hockey season draws near

As the new campaign approaches, Kilkenny Hockey Club are looking forward to a busy season 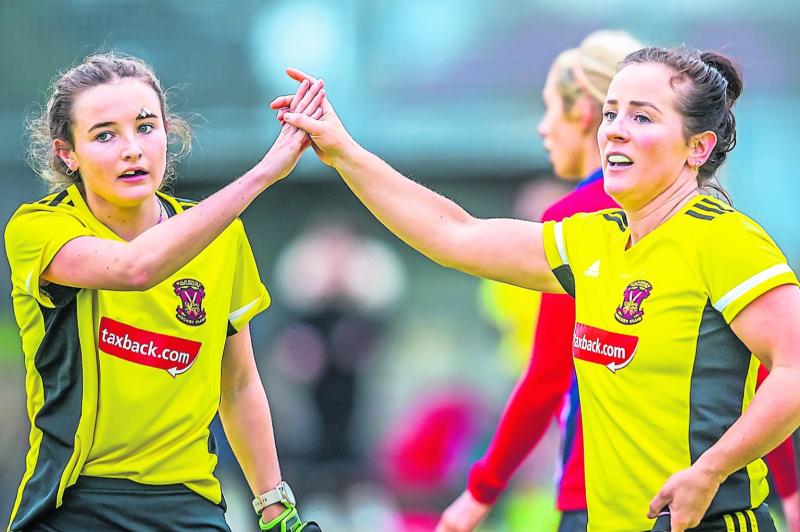 Kilkenny Hockey had plenty of reasons to celebrate last year, from the success of the Ladies teams to the notable wins in the Men’s sections and a growing number of players at schools levels

With the new season approaching, preparations are ratcheting up for the return of men’s hockey in Kilkenny.

With the Cats fielding two men’s teams in Divisions One and Three of what will be the most competitive Leinster Leagues in years, a lot of work is being done.

It promises to be an exhilarating season for the Kilkenny Men’s Firsts. Having cemented their spot in an immensely competitive Division One they will be hoping to build on some of the scalps they took last year.

Much of this will rely on key players such as Eddie Dore avoiding injury and young players like Liam Richardson and Evan Hughes being given the opportunities to develop. It promises to be a challenging, but fulfilling season and if captain Billy McEnery can unearth one or two more players, who knows what could happen. Blooding new players like the promising Alex Firbank and Kieran Delaney will be essential to the development of the first team this year.

Meanwhile, having avoided relegation on the last day of the season with a massive 5-0 victory the Kilkenny Men’s Seconds will be hoping that starlets such as Diarmaid Langton and Alex Dagg can begin to influence games.

The development of these younger players will be vital in a bid to replace the departed Tim Pearce and Dave Wall. The return of Jonas Ludwig should offset some of this pressure as the dynamic midfielder returns from injury.

Set-pieces were the primary source of goals last season with veteran Derek O’Gorman and Danny Mulligan clinical from short corners. This leaves new manager Paul O’Donnell the task of unearthing more goal scorers to guarantee safety much earlier in the season.

O’Donnell himself is delighted with the prospect ahead.

“Picking the starting 11 each week from the large squad of players who are striving to make the team is a challenge I look forward to,” he said.

The Kilkenny Men’s teams are always looking for new players, from beginners to veterans, to join their ranks. All are welcome with training continuing on Wednesdays at 7pm this month. From September it reverts to Tuesdays from 7 to 8.30pm and Thursdays from 7.30 to 9pm.

With the summer months drawing to a close preparation is building in the Ladies section of Kilkenny Hockey Club for the new 2022/23 season, which is just around the corner.

In recent years, the Ladies section has enjoyed huge success. It has grown from fielding one team in the South-East to three teams in both the Leinster League and Cup competitions.

The Ladies Thirds had a wonderful season last year under the guidance of coach Paddy Dalton and will compete in Division 10 of the Leinster League for the coming season.

The Seconds, who are coached by Paul O’Donnell, also enjoyed great success last year. While they were narrowly beaten in their Cup final their season had a silver lining when they won promotion. They will play in Leinster’s Division Eight this season.

At the top of the ladies section, the 2022/2023 hockey season will see the Kilkenny Firsts squad compete in Division One of the Leinster League.

This is the highest division the club’s ladies section has ever competed in, matching the men. It is a marvellous achievement for the team, following their double cup and league victories in Division Two last season.

With a number of new members joining the squad, coach Gavin Bourke and his team are raring to go and ready to put Kilkenny on the map in Leinster’s top flight.

Training for the Ladies squads will resume every Tuesday and Thursday evening in September in Kilkenny College. New members are always welcome, with the club looking forward to seeing all players return for the upcoming season.

Junior hockey will be returning to Kilkenny after the hot summer. Last year was a bumper year for the club, with the number of primary school girls looking to join outstripping the ability to look after them - for the first time in 25 years the club had to close membership and open a waiting list, a list that has been growing through the summer.

Last season Kilkenny had three boys’ teams and seven girls’ sides competing in Leinster leagues and hopes to improve on that figure in the coming season.

At primary school level Kilkenny were involved in a number of blitzes against neighbouring teams in Waterford, Carlow, Enniscorthy, Gorey. These will happen again this year as there is a party atmosphere around these events. Perhaps the most keenly competed fixture of last year was the boys’ under-8 team against Abbeyleix, which showcased the emerging talent at its best and rawest.

In addition to giving younger players games, the club bade farewell to a number of teenage boys and girls as they moved up to senior level; the pipeline is growing.

Kilkenny also had seven girls involved in provincial development programmes as part of a pathway towards playing at provincial level. On the boys’ side two boys from the club, Liam Richardson and Kevin McKeon made the Leinster under-16 panel.

As usual the scramble to find coaches to maximise the potential of young players is underway. All in the club hope that the main success of last year, the involvement of 14 parents in managing and coaching, will continue through the coming season.