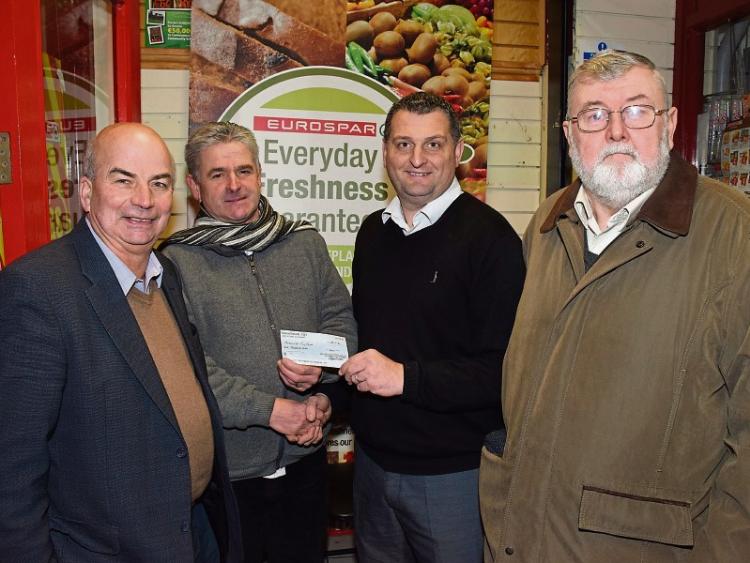 There was a big surprise in Danesfort in Division 1 of the K&DL where Deen Celtic A came a cropper at the hands of Fort Rangers A. On the day little or nothing went right for the previously unbeaten Celtic who went down 3-1. A missed penalty was just part of a bad day at the office for the Celts whose only bright spark Peter McPhillips netted the consolation. Meanwhile Deen Celtic B had a comfortable 3-1 home win over Clover Utd B at the Prince Grounds with goals from Johnny Dowling (2) and Jimmy Daly. Next weeks fixtures. Saturday Youths Shield. Deen Celtic V Freebooters kick off 2 p.m.; Sunday Division 1 Bridge Utd A V Deen Celtic A. kick off 11 a.m.

Despite a strong media campaign and the extensive use of signage dog fouling on the streets and play areas is getting worse by the day in Castlecomer. The main streets especially Kilkenny Street is particularly bad. Once again an appeal goes out to all dog owners to refrain from allowing dogs to foul on our playing areas and streets in the interests of the safety of all in our community.

Following representations by Cllr. Maurice Shortall the newly installed public light at Boolagh Place has been upgraded on the double, the hill and back entrance to the Parish Cemetery have benefitted. As part of the 2016 Scheme Upper Ballyhemmon will also benefit from the provision of an extra public light at the end of the cul de sac.

The Erins Own Lotto jackpot is €6,600. Tickets are available at retail outlets throughout the town or from any member of Erins Own Committee.

Castlecomer Enterprise Centre will have a selection of courses available in the New Year. Are you interested in returning to education to update or gain the skills, knowledge and qualifications to work in healthcare or office skills? There will also be non-certified horticulture, computer and digital photography classes running from January. If you are interested or would like further information you can contact Moira Duggan of KLP on 086-0233168. Moira is also available in the Castlecomer Kilkenny Leader Partnership (KLP) office (upstairs in the community hall) on Wednesdays and Thursdays for anyone that would like one to one education or employment supports – ring for an appointment or email moira.duggan@cklp.ie

Castlecomer Supervised Study continues every Saturday in The Community Hall. Study runs from 10.00 until 2.45 and is open to ALL second level students. Contact 0876342438 for bookings and any further information.

Colin Phillips is holding seminar on "injury prevention in sport and a defibrillator demonstration" in the Community Hall, Castlecomer on Friday the 13th at 7:30 pm. It's a free event but a donation would be appreciated for the upkeep of the defibrillator machines in the area.