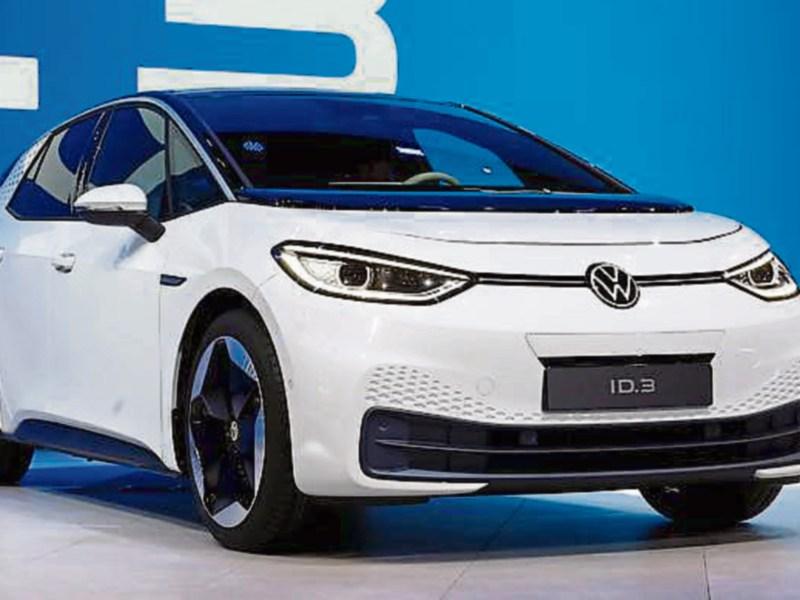 Volkswagen brand celebrated continued success in Ireland, despite significant challenges because of COVID-19 in 2020.

The brand was once again Ireland’s best-selling car brand in 2020, the 4th consecutive year it has claimed the honour and the 7th time in the last eight years.

The brand has also taken significant steps in reducing overall CO2 emissions both in Europe and in Ireland.

In Europe, Volkswagen bettered its CO2 targets with an average CO2 of 97g/km and, here in Ireland, 72 percent of all Volkswagen’s sold were from the ‘A’ Bands, with CO2 of less than 120g/km.

The all-electric ID.3 has made a significant impact since its arrival last summer and was Ireland’s best-selling car in September and October of 2020.

The revolutionary new model has greatly contributed to expanding the brand’s share of electric vehicle sales in 2020 to 5 percent compared to 1.8 percent the year before.

The ID.3 will be followed in March by the ID.4, a fully-electric SUV. The ID.4 will enter the Irish market with two limited-edition models.

The 100% electric SUV will come with a 77kWh battery initially, returning up to 500km of range.

The ID.3 and ID.4 are also delivered to the end customer with a 100% certified net carbon-neutral balance as part of Volkswagen’s commitment to reduce emissions through all stages of the production life cycle, from battery sourcing and logistics right through to manufacture and recycling. The independent certification is awarded by TUV Nord.

The electric car line-up for 2021 is joined by a selection of PHEV (Plug-In Hybrid Electric Vehicles) models, which offer the benefits of an Electric Vehicle in urban areas, with circa 50km of range, with the assurance of the extended range of an internal engine.

Two new PHEV (plug-in hybrid vehicles versions of the Golf were recently launched – the Golf eHybrid and Golf GTE, with outputs of 204PS and 245PS respectively and capable of driving on electric-only power for up to 64km in the Golf GTE and 71km in the Golf eHybrid, thanks to a larger 13kWh battery.

The Golf eHybrid has emissions of 21g/km, with the GTE returning just 26g/km – both models qualifying for Band 1 in terms of VRT and Annual Motor Tax of only €140.

All versions have CO2 emissions of less than 32g/km.

These new models also join the existing Passat GTE and Passat Estate GTE with emissions of 24g/km and 27g/km respectively.

The introduction of the new PHEV and EV models supports Volkswagen’s Way to Zero strategy – the introduction and proliferation of vehicles that allow genuine, emission-free driving.

For further information on the Volkswagen 2021 range log-on to www.volkswagen.ie or to find out, in plain English, about the differences between petrol, diesel, hybrid, plug-in hybrid and battery electric vehicles, please visit www.carexplainer.ie.

All Volkswagen Retailers can offer remote consultation and ordering under the Government guidelines.