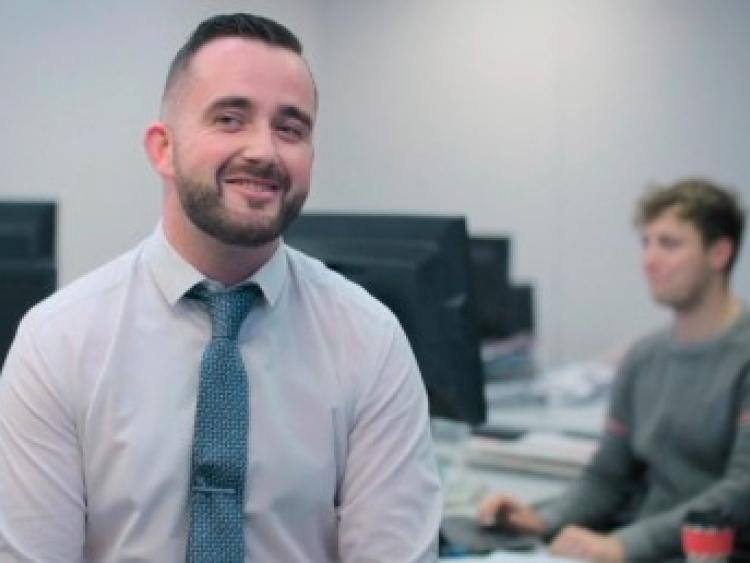 Pulling With My Parents, featuring Patrick, is on Monday, November 25

A teaser clip has dropped ahead of Kilkenny People's own Patrick Bermingham making his TV debut this Monday night in the hit RTÉ show, Pulling With My Parents.

As an advertising executive with Iconic Newspapers – the company which owns The Kilkenny People – Bennekerry native Patrick  is always finding solutions for his clients.

Finding a special somebody to share his life with has proven more elusive - but help is at hand!

Check out the teaser clip below as Patrick describes the kind of woman he likes:

PULLING WITH MY PARENTS from Alleycats Films on Vimeo.

Patrick, who works for  sister papers the Kilkenny People and The Kilkenny Reporter, has been single for more than a year.

But Patrick has thrown himself back into the dating game. This time, though, he has the help of his mother Liz and her twin sister Ellen, who will also feature in the popular Monday-night show.

The concept is that parents get to take over dating life of their offspring, in the hope of finding true love.

In his day job, Patrick is constantly on the move, meeting clients and working on their advertising campaigns across both print or digital.

He prides himself on finding the perfect way to sell his clients’ brand and story, but he hasn’t had the same success in selling himself in the singles market.

After seeing a Facebook post looking for applicants, he decided it was time to take a leap of faith.

The show first appeared in early October and Patrick will have a starring role in episode 6 on Monday, November 25.

The Kilkenny People’s brand ambassador, Siobhan Donohoe, reckons her colleague will prove a hit with viewers.

"To say he is a cheeky chappy would be an understatement - and he definitely has the gift of the gab! Our advertisers love his upbeat positive personality," Siobhan says.

"As for his colleagues, there’s never a dull moment with Patrick in the newsroom. On one particular occasion, he kindly offered to carry a heavy delivery upstairs and in the process somehow managed to burst the seat of his trousers.

"Luckily his mother works only a few doors away and was able to come to the rescue with a new pair of pants," she added.

Patrick claims he is absolutely not a ‘mammy’s boy’ and his mother goes along with that. "It’s his grandmother he idolises," Liz says.

"However she is not up to the task of finding him a partner so my sister and I have taking on the challenge instead - and boy, what a challenge it has been."

Patrick, who is 30, has been impressed with the matchmaking efforts of Liz and Ellen.

"Surprisingly, they know their stuff," he says.

"At the start, I thought they would be of no help but I was proved wrong. So as the saying goes - mother really does know best!

"They arranged two dates for me. They found one date online and another the old fashioned way, in the real world," he said.

"It was great to see how a TV programme is produced - and it's actually quite nerve-wracking been filmed everywhere you go.

"The most petrifying moment was when Mam took over my Tinder account and was telling me what to say to the girls.

"That was part of the show - what Mammy said, I actually had to do. I lost complete control and a bit of street cred too along the way," Patrick added.

Pulling With My Parents, featuring Patrick, is on RTÉ2 at 10.40pm on Monday, November 25.