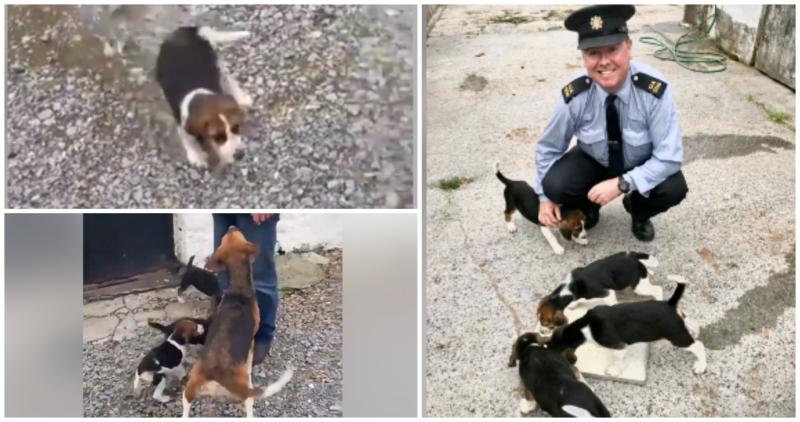 Gardaí in Galway have recovered four foxhound puppies which were stolen from Craughwell on June 21, 2020.

During the course of a search and seizure operation at Belfast Harbour on June 23, 2020, at approximately 11pm, a number of dogs were recovered by Belfast City Council Animal Welfare Service.

Four foxhound puppies, which had been stolen in Craughwell between 7pm on Sunday, June 21, and 9am on Monday, June 22, 2020, were among the dogs seized.

These puppies, which were just four weeks old when they were stolen, have been returned to their owner and reunited with their mother. They are in good health. You can see how excited they were meeting their mother again in the video above.

Gardaí are appealing to the public to take extra crime prevention measures when it comes to caring for your pet, particularly high-value breeds of dogs.