CervicalCheck campaigner Vicky Phelan has dedicated the Freedom of Limerick she was conferred with to her friend, the late Ruth Morrissey.

Following the ceremony, Ms Phelan becomes just the fifth woman to have received the honour.

Continue reading below or click 'Next' for more photos 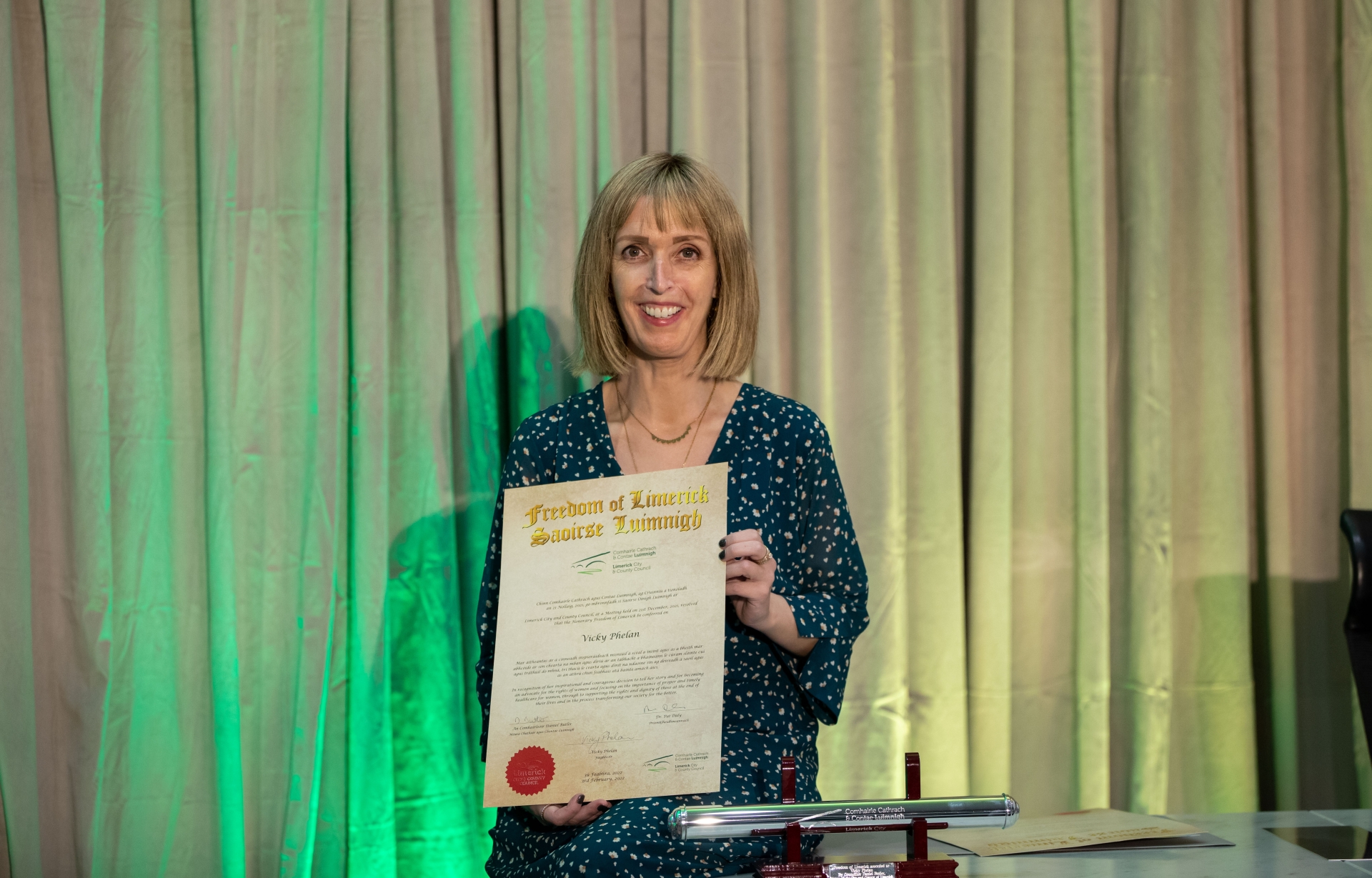 Vicky, who now lives in Annacotty said when Mayor Daniel Butler contacted her before Christmas to confirm the council will be bestowing Limerick’s highest honour on her, “it blew me away”.

“I assumed this type of award is for someone born and bred in Limerick or in the particular county where the award is offered. When he explained why and where it was coming from - that there were so many people contacting his office wanting to give me a card or a sculpture or painting, that there was a huge demand for something `to be given to me top recognise the work I've done, I couldn't believe it,” she added, “That’s why it means so much to me, because it’s coming from the people.”

Of course she was minding me with my nerves. Always generous! pic.twitter.com/vao2nobPTo

During a pared-back ceremony, Vicky was joined by her closest family, including her husband Jim and son Darragh.

Mayor Butler said conferring the Freedom on the campaigner was “his greatest honour”, and added simply: “Limerick loves you.”

The ceremony saw a video where Limerick’s public paid warm tributes to the mum-of-two, something which she said “had he in tears”.​

She revealed she gets “five or six cards a day” from people across the country.

Had the absolute privilege of singing in honour of #VickyPhelan tonight as she received Freedom of Limerick. Thanks for the call @ELangfordMusic ❤️ pic.twitter.com/nmkyOVgQZf

Among those congratulating her on the honour was An Taoiseach Micheál Martin.

But she urged all of Ireland’s politicians to “take a good strong look at themselves”, and warned: “There is still a lot of work to be done, particularly on the implementation of some of the recommendations from the cervical check report that Dr [Gabriel] Scally undertook, and particularly in light of what has happened in Kerry across the last number of weeks.”