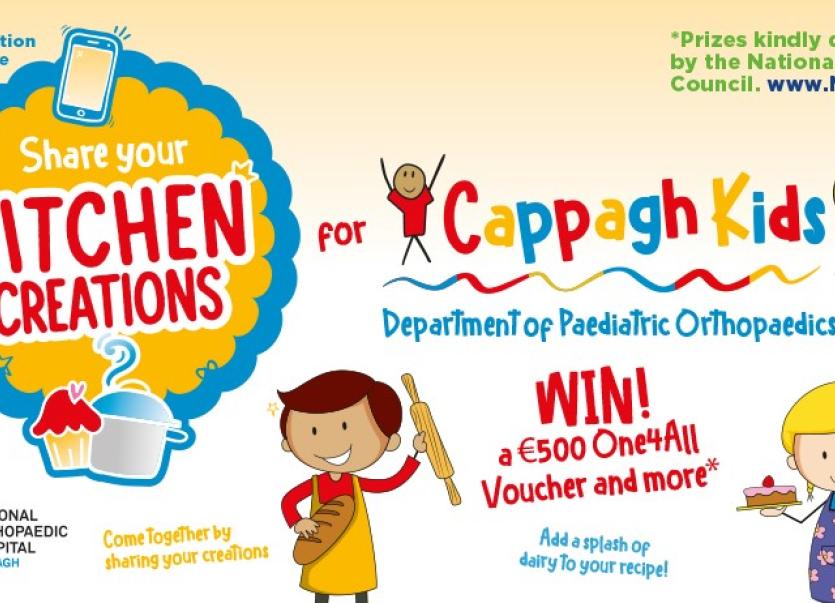 Cappagh Hospital Foundation (CHF) this week launched a new social media fundraising campaign ‘Kitchen Creations for Cappagh Kids’, appealing to their supporters and the general public to come together during these difficult times by sharing their kitchen creations on social media for a good cause.

Social media users are encouraged to create a dish (sweet or savoury) with a splash of dairy and share it online to be in with a chance of winning some fantastic prizes which have been provided by the National Dairy Council. Participants are asked to donate €5 (or what they can) online and the first prize for the competition is a €500 One4All voucher.

Commenting on the ‘Kitchen Creations for Cappagh Kids’ challenge, Orla Gilroy, CEO of Cappagh Hospital Foundation said: “Our new social media campaign aims to bring people together even though they are apart while raising critical funds to help open the doors to ‘Cappagh Kids’- the new dedicated Department of Paediatric Orthopaedic care at the National Orthopaedic Hospital Cappagh.

“So far, we have seen some innovative recipes coming in from children and adults across the country and we hope to encourage more families and individuals to get involved and to show us their kitchen creations!”

The online campaign has caught the attention of some well-known Irish personalities including chef Neven Maguire, former world champion boxer Bernard Dunne and CHF patron and hotelier Francis Brennan who have all created messages encouraging their followers to get involved.

We’re delighted to have the support of Chef @NevenMaguire!

Neven has recorded a special message encouraging all our supporters to share their Kitchen Creations for Cappagh Kids.

The campaign has also sparked the interest of businesses looking to bring their employees together while at home with companies holding their own competitions for staff, encouraging them take part and donate.

Together with its supporters CHF has raised €116,947 of its €200,000 fundraising target. ‘Kitchen Creations for Cappagh Kids’ hopes to be CHF’s next step towards that goal with the aim of opening Cappagh Kids later this year.

Speaking on the importance of children having a dedicated space for consultation, Mr Connor Green, Consultant Paediatric Orthopaedic Surgeon at the National Orthopaedic Hospital Cappagh said: “Cappagh Kids is more than a building, it’s a family of staff, patients and supporters.  Children need a fun and magical experience. Instead of children not wanting to come to see the doctor, we’d like for them to not want to leave. We are doing this by creating a child centred wonderland, unrecognizable as a clinical environment.”

Children who attend the National Orthopaedic Hospital Cappagh receive treatment for scoliosis, limb reconstruction, perthes, and tumours among other orthopaedic conditions. While the National Orthopaedic Hospital Cappagh is a centre of excellence for orthopaedic care, now because of the work of Mr. Green and the specialised paediatric medical team, these patient services can develop and grow thanks to the generosity of donations made through CHF. 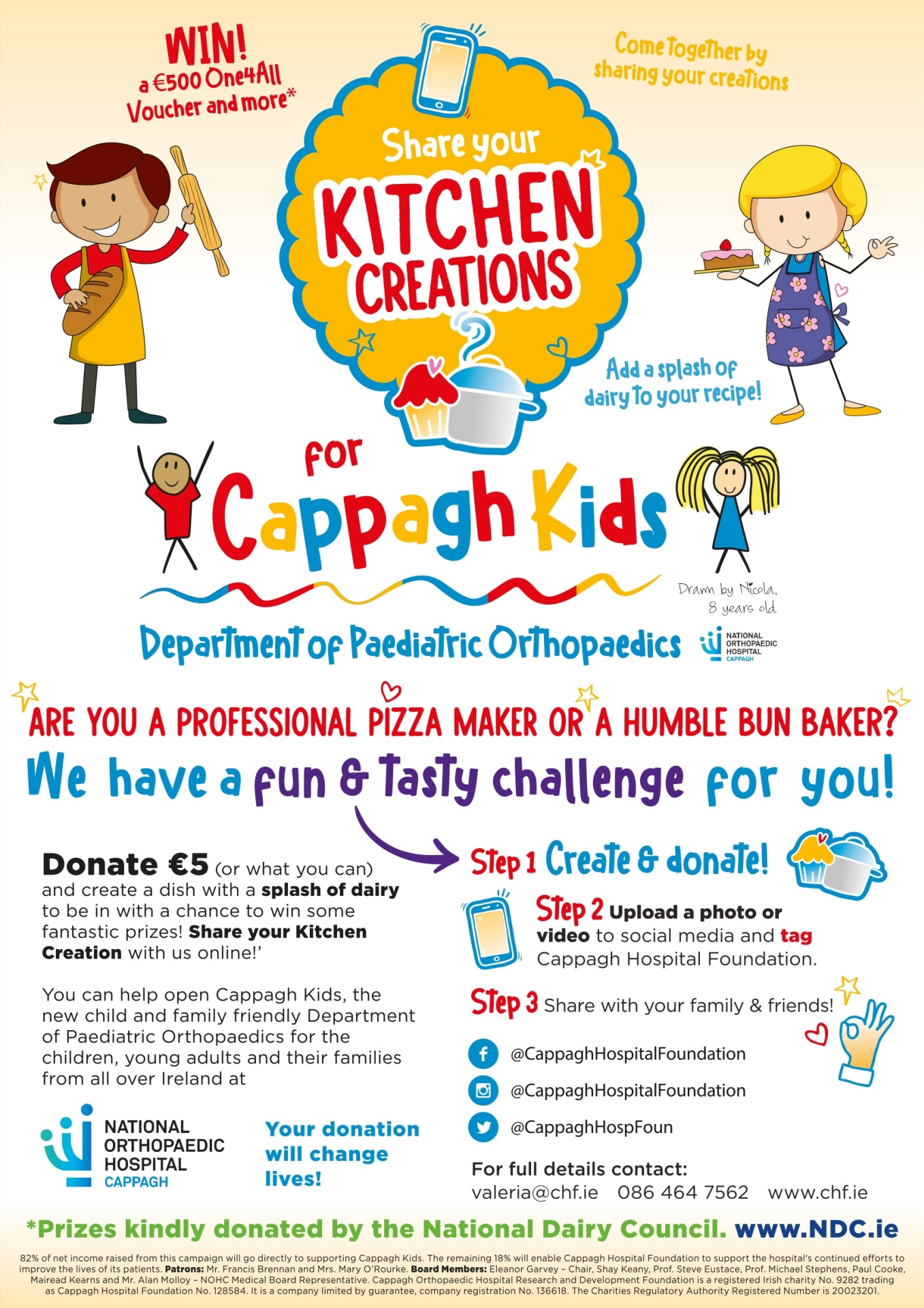