Ice age boulder uncovered during roadworks in the Midlands 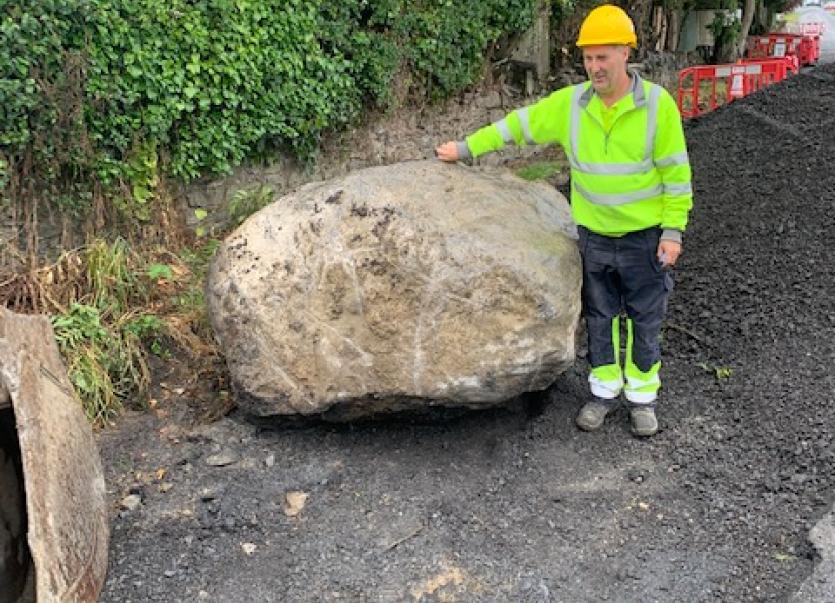 Road workers in Laois were surprised to find a massive boulder in the ground during recent works in Mountmellick.

They were digging to improve drainage on the Acragar road past the GAA grounds.

"We expected to only find gravel," an engineer told the Leinster Express.

Instead their digger found a boulder measuring about a metre wide.

The area is near the Ridge road, which travels on top of an esker, an ice age ridge formed as a glacier slowly moved across the land, scraping the land flat and pushing rocks aside. The rock would have lain in the ground for over 10,000 years since the last ice age.

Michele Castiaux is President of the Irish Geological Association and lives in Portlaoise.

"It looks like a glacial boulder which would have been left behind when the local glacier melted. If the rock type is found out not to be the same as the local bedrock, it could then be called an "erratic", which is a boulder brought from a distance by the glacier.

"On close inspection, you may be able to observe glacial striations which are long parallel grooves scratched on the boulder surface by other rock fragments as the glacier was moving on the landscape. Not to be confused with damage from the excavator!," she said.

Michele Castieux who regular gives school workshops and field trips on Geology and Environmental, said that if the rock is not local it is "brilliant".

"I can't really see the rock type from the photo, but it's likely to be limestone, which is the local bedrock type. It would be brilliant if it was a different rock type, then we would definitely have an erratic," Ms Castiaux said.

The council is undecided what to do with the rock. It has been rolled up to the grounds of the GAA pitch for now. 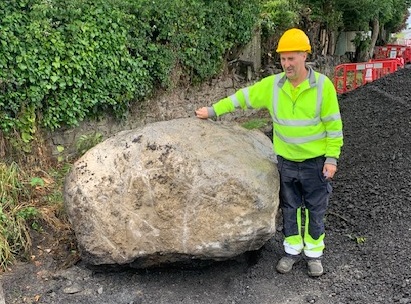