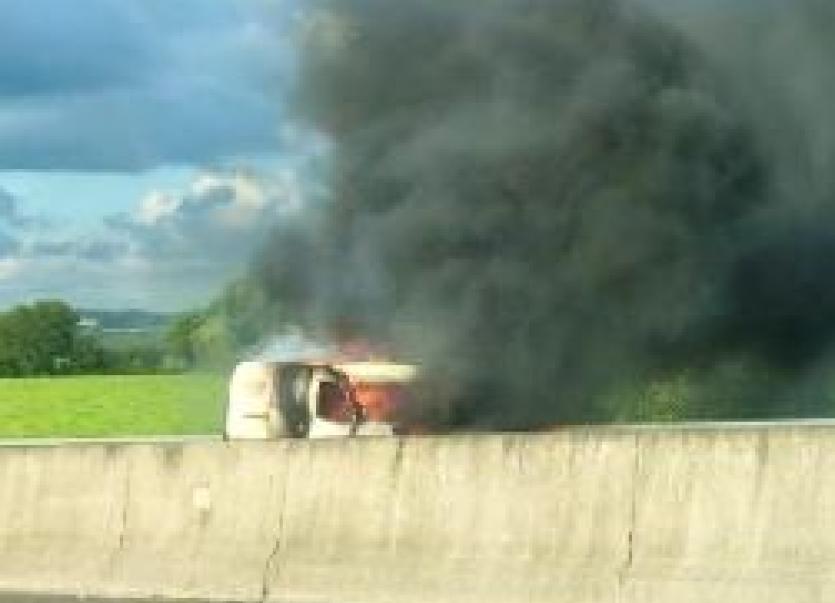 A number of vehicle fires have occurred on motorways in recent days.

An increasing number of holidaymakers are on the roads due to Government advice to avoid taking foreign holidays.

Many families are availing of staycations before schools return at the end of the month.

There were two vehicle fires on the M9 in south Kildare area in a matter of hours last Friday.

One van burst into flames on the southbound lanes near Kilcullen at 6.30pm which firefighters from Newbridge Fire Station responded to.

Earlier, a vehicle fire related to a collision caused tailbacks near Junction 5 on the Kildare/Carlow border.

AA Roadwatch has reported a number vehicle fires in the past ten days.

Some of the blazes are related to collisions but in other cases, vehicles can suddenly burst into flames, possibly due to a mechanical or electrical fault.

According to AA Roadwatch, vehicle fire incidents since late July included an incident on the M6 in Westmeath, on the N4 near Longford and on the N25 near Wexford.

On July 25, the M7 eastbound between Tipperary and Limerick was closed due to a vehicle fire.

Motoring Correspondent with the Leinster Leader and KildareNow, Breda Corrigan said there can be several causes of a vehicle fire.

She said: "Most car fires are caused by either a mechanical or electrical fault.

"This may be petrol or oil leaks that fall on a hot exhaust or hot engine component.

"Another cause may be a quick change in engine temperature or damaged electrical wiring."