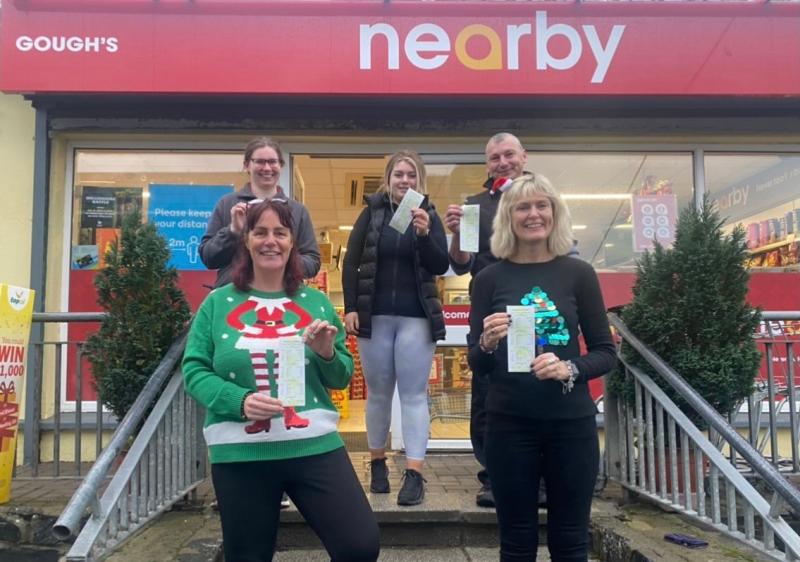 One lucky Lotto punter is almost €800,000 richer, having matched 5 plus the bonus number in the National Lottery draw just days before Christmas.

The record-breaking €19,060,800 Lotto jackpot remains up for grabs again after Wednesday night’s jackpot draw continued to roll without a winner.

According to the National Lottery, over 159,000 players across Ireland won prizes in Wednesday night’s Lotto and Lotto Plus games including a Dublin player who became the biggest winner of the night after winning a €799,664 prize.

As no additional funds were added to the jackpot as it remains capped, the funds that would usually go to the jackpot were instead distributed to the next prize tier at which there was a winner and in last night’s draw, this was the Match 5+Bonus category.

The National Lottery are encouraging players in the North County Dublin village of Garristown to check their tickets carefully after a player matched five numbers and the bonus to win €799,664.

The lucky winner purchased their winning Quick Pick ticket on the day of the draw at Gough’s family run store in the centre of Garristown village in North County Dublin.

Trisha Gough, owner of Gough’s store, was overjoyed to hear that one of her customers won the life-altering prize in Wednesday night’s Lotto draw,

"We have a long running joke in the store and in the village that we were due a big Lotto win after our neighbours in the Naul won the €175 million EuroMillions jackpot a few years back!

"It’s not the €19 million jackpot but it’s still a life changing sum for somebody in the village and honestly we are so happy for one of our lucky customers. It will be a day of celebration and excitement in the entire village today," she said.

The Dublin winner who enjoyed a boosted prize fund due to the capped Lotto jackpot on Wednesday night is yet to make contact with the National Lottery.

The Lotto Match 5 + Bonus winner, who now has a ticket worth €799,664 is advised to sign the back of their ticket and keep it safe.

They should make contact with the prize claims team on 1800 666 222 or email claims@lottery.ie and arrangements will be made for them to claim their prize.

Meanwhile, another Kerry player won big in Wednesday night’s Lotto draw after they won the top prize of €250,000 in the Lotto Plus 2 draw.

The National Lottery has confirmed that a notification to the user’s online account and a separate email has now been sent to the lucky Kerry ticket holder.