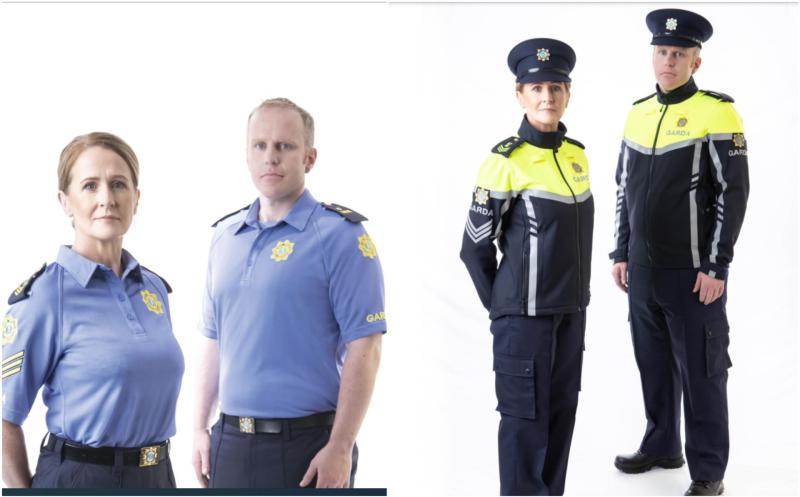 An Garda Síochána has unveiled a brand new uniform to be worn by officers across the country.

The new uniform is now being delivered and will be worn by all uniformed members by the end of March.

The delivery of a new Garda Uniform to frontline operational Gardaí commences this week.

Over the next number of weeks, this new operational uniform will be delivered to over 13,000 uniform members of An Garda Síochána of Garda, Sergeant and Inspector rank across every Garda Region, Division, District and in excess of 560 Garda stations nationwide.

In a statement, An Garda Síochána said: "The new uniform is contemporary, and incorporates elements such as durability, protection and functionality. A key finding of the internal Garda Cultural Audit 2018 was a desire from front-line Gardaí for a new, practical operational uniform. Over 6,500 members of An Garda Síochána contributed to the findings of the Cultural Audit. 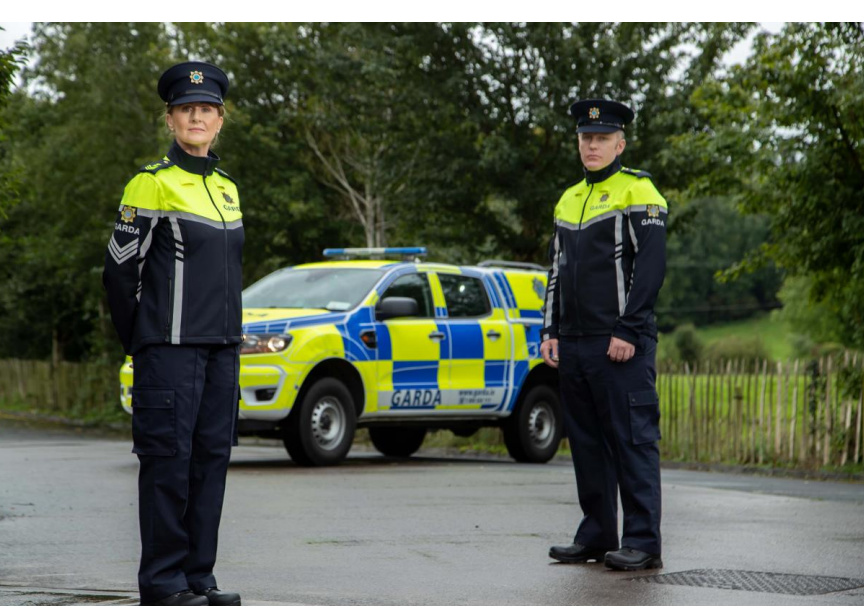 "The new Garda Uniform is also a key recommendation outlined in the Commission on the Future of Policing in Ireland Report, ‘A Police Service For Our Future’.

"At a later date, the Garda Commissioner will announce a formal ‘go-live’ date when this new uniform will become the operational uniform for daily duties, currently expected to be in March 2022.

"As An Garda Síochána approaches the 100th anniversary of its establishment, this is only the third time in that century that a formal upgrade of the Garda uniform has taken place."

The new uniform will consist of: 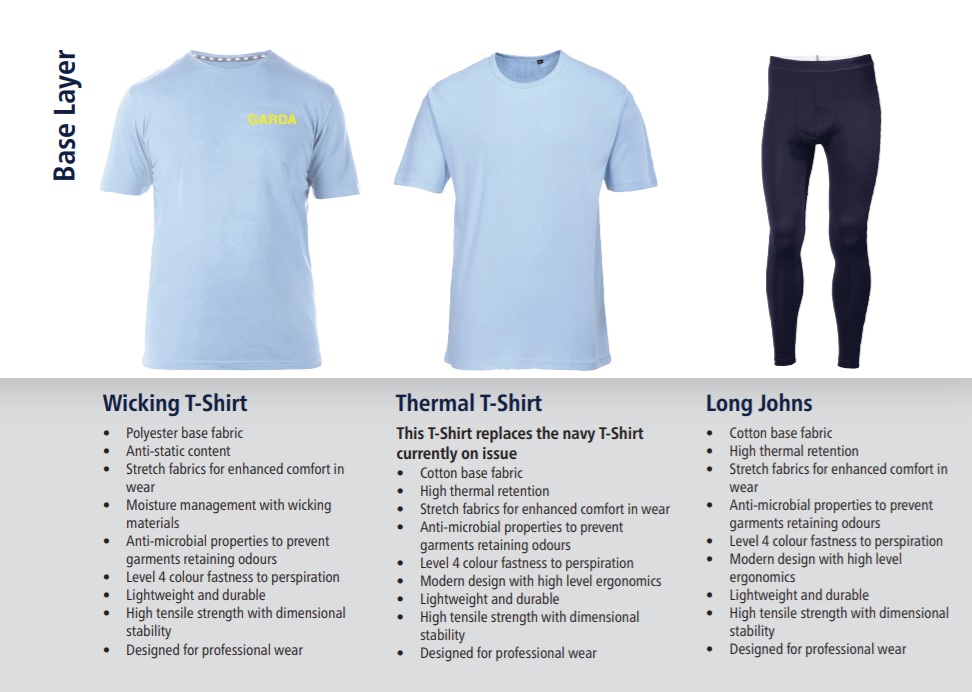 Gardaí say this is the first time for the use of the Garda Crest on the Operational Uniform, other than the uniform cap, and demonstrates the respect held by An Garda Síochána for this unique symbol as we enter the 2nd century of policing in Ireland.

While some Gardaí have use of alternative headgear and the PSNI uniform includes baseball type hats, the standard headgear for uniforms is not changing.

"The current uniform cap remains in operation as a unique and distinctive element of the Garda uniform.  An Garda Síochána has previously updated our uniform policy to embrace the wearing of official headwear for religious and cultural reasons and beliefs including Turban, Kufi, Topi, KIppah, or Hijab," said the Gardaí. MORE BELOW IMAGE. 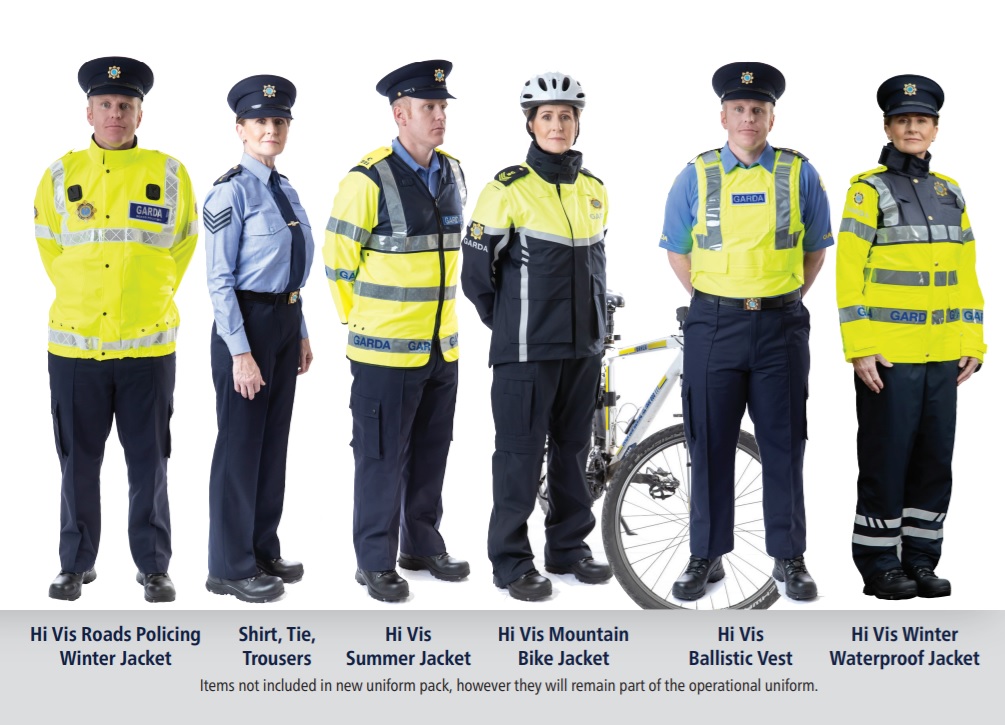 A statement said the new uniform is contemporary, and incorporates elements such as comfort, durability, protection and functionality.

HQ said they embarked on a bottom up collaboration through the Uniform Committee of An Garda Síochána, including international research and implementing a Pilot Project involving nearly 200 frontline Gardaí based at three Garda Stations (Tallaght, Henry Street and Bunclody).

It says these extensive collaborations and engagement designed they new uniform ‘by Garda members, for Garda members’. MORE BELOW IMAGE. 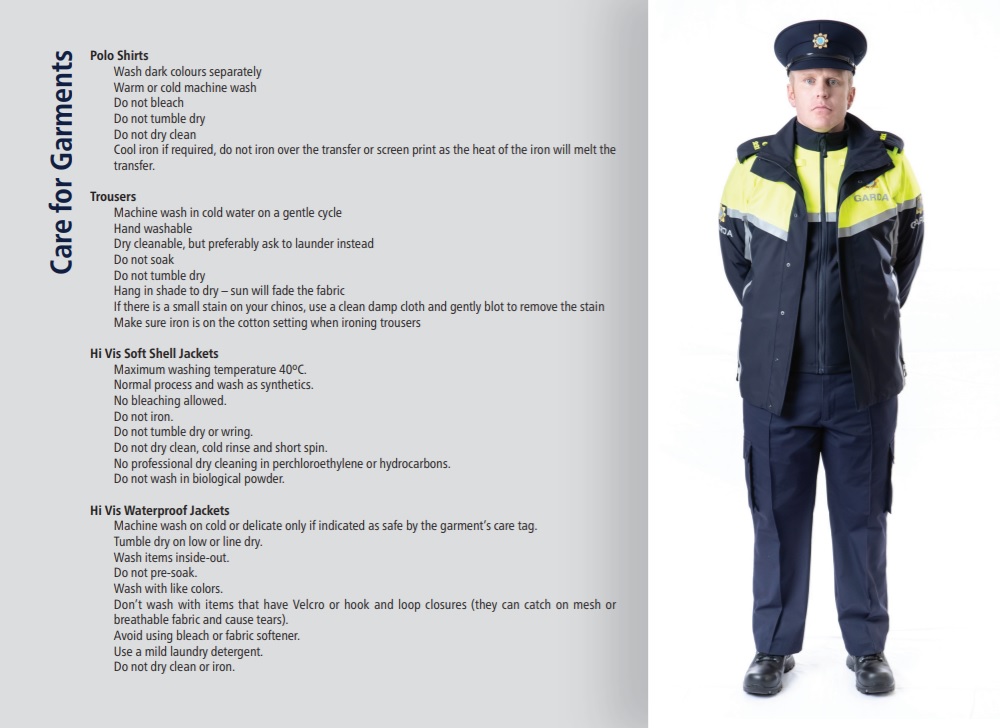 Commissioner Drew Harris told Gardaí it was his great pleasure to introduce the new uniform to them in a Guide to Your New Uniform circular.

"We are all working to ensure that Ireland’s national police and security service remains best placed to meet the needs of an evolving society, and embracing this re-designed, modern uniform is a visual representation of a new era in policing.

"It is my hope that in receiving this new uniform, it will further enhance your sense of pride in being a member of An Garda Síochána as you go about your day-to-day duties. Projecting a professional appearance and wearing the uniform of An Garda
Síochána with the deep respect it deserves are important because they underscore our overarching mission: Keeping people safe," he said.