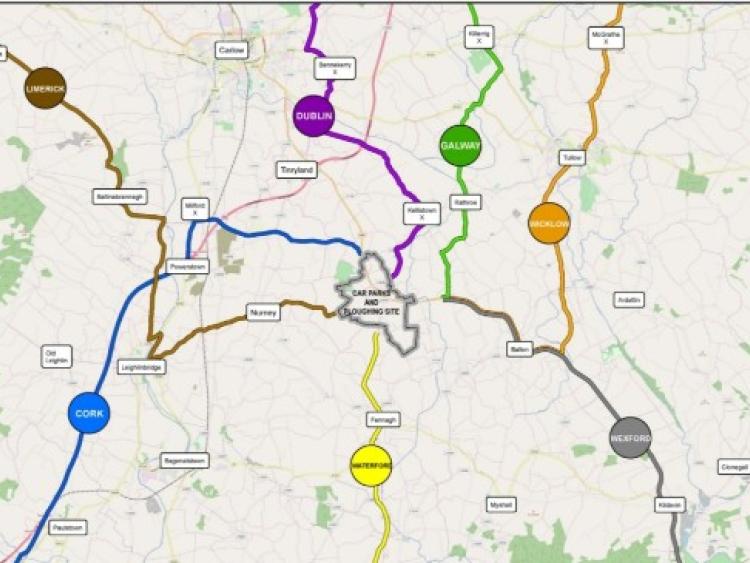 All routes lead to Carlow

The Garda web-based app for the 2019 Ploughing allows for "real-time" updates in case of an incident, Chief Superintendent for the Carlow/Kilkenny Division, Dominic Hayes, has said.

He was speaking at the lunch of the Traffic Management Plan on Tuesday at the Seven Oaks Hotel in Carlow Town.

Chief Supt Hayes said the web-based app was a new departure for An Garda Síochána and the Ploughing and they will learn from the project.

It allows the Gardaí to give "real time" information on routes and they can "add on or subtract or change the routes if something happens", he added.

Speaking at the launch also, Superintendent for Carlow, Aidan Brennan, said the Gardaí had been planning for the Ploughing for the last twelve months and the process took on three key functions.

The first was to identify as many routes as possible to channel patrons from all corners of the country.

The second aspect was providing for diversions - which included the impact of closing a part of the N80 -and the third aspect was to allow local people and businesses to go about their normal everyday lives.

Supt Brennan praised Inspector Audrey Dormer and her team for their community engagement as a key part was "calling to businesses and to houses" in the lead up to the Ploughing.

He added that the key message to drivers is for them to log on to the Garda website and to "plan their journey in advance".

"The map is accessible to everybody and is interactive," he added.