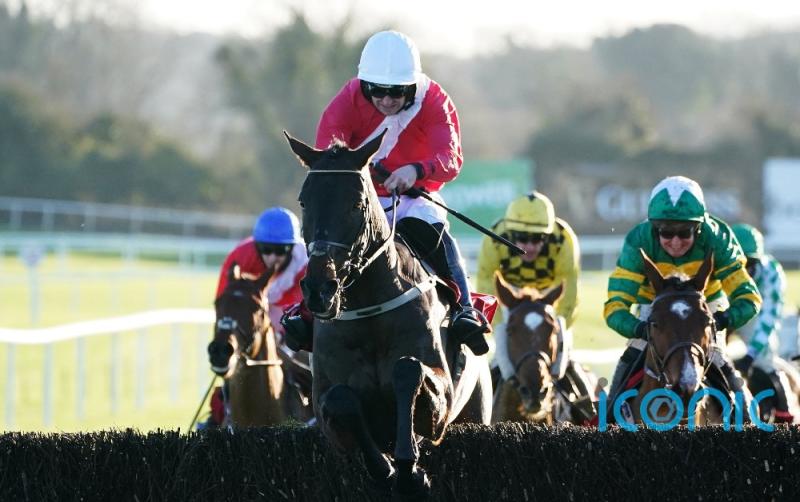 The Willie Mullins-trained Allaho led home a one-two-three for his Closutton master in the John Durkan Memorial Punchestown Chase on Sunday.

A brilliant winner of last season’s Ryanair Chase at the Cheltenham Festival, Allaho was a 7-2 shot to make a successful reappearance in a race in which the champion trainer saddled seven of the 10 runners.

Sent straight to the lead by the trainer’s son Patrick Mullins, the Cheveley Park Stud-owned seven-year-old jumped well in the main to keep his rivals at bay.

Another Mullins inmate, Asterion Forlonge, looked set to mount a bold challenge as he was travelling well before unshipping his rider three fences from home.

Janidil then emerged as the biggest threat from the home turn, but despite tiring, Allaho dug deep to see off his stablemate’s challenge by two lengths.

Perennial bridesmaid Melon was best of the rest of third, with 7-4 favourite Envoi Allen ultimately disappointing in sixth.

Mullins said of the winner: “I was delighted how he fought back. When Asterion Forlonge came up alongside him I thought that would take the stuffing out of him. Each challenger that came, he kept pulling it out.