Danny makes it two-in-a-row for Kilkenny 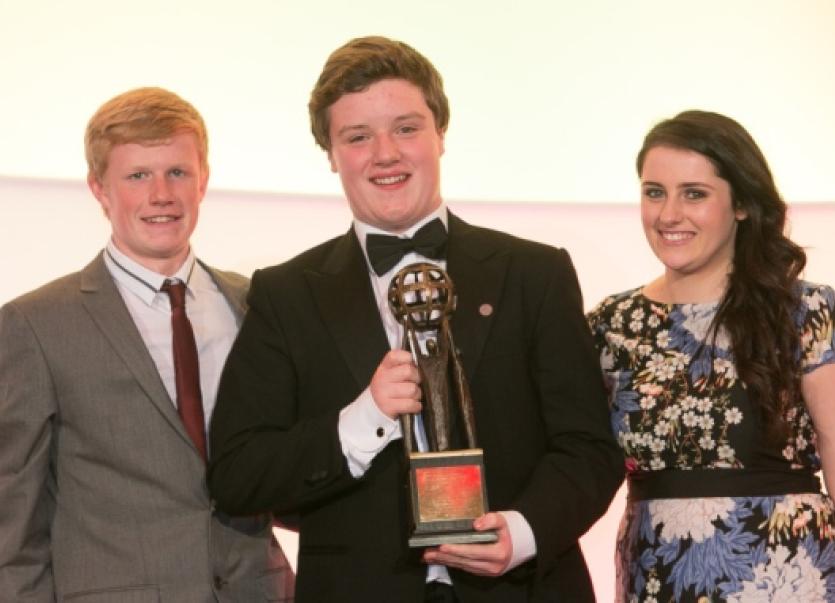 Student Danny Egars won the two-in-a-row for Kilkenny, as he was crowned Host of the Year at the National Youth Awards on Saturday night.

Student Danny Egars won the two-in-a-row for Kilkenny, as he was crowned Host of the Year at the National Youth Awards on Saturday night.

It’s the first time in No Name Club history that the Kilkenny club has won the award in consecutive years, with Alan Hayes winning in 2013. Kilkenny’s Lyrath Hotel convention centre was the venue for the event, which was attended by over 1,200 teenagers and adult volunteers.

Danny’s proud parents Tommy and Pauline were on hand to join in the celebrations with the rest of the No Name Club. The Transition Year student now receives a bursary toward his third-level education.

RTE’s Damien Tiernan was MC, interviewing the finalists about their lives, before each performed a party piece. It was a nervy few minutes as the crowd awaited the judges’ final decision.

The finalists were marked on personality, presentation, volunteering, and understanding of the No Name spirit. Danny had to beat teenagers from clubs in Dungarvan, Finglas, Erris, and Donegal to win the award. For his party piece, he performed Macklemore’s ‘Otherside’, showcasing his talent for rapping.

Then, at 9.30pm, the hundreds of tables were swept away to create a huge dancefloor, and all the teenagers enjoyed themselves well into the early hours.

A St Kieran’s College student, Danny is a member of the senior debating team, the school chess team and his local soccer team. He has taken part in a variety of fundraising activities in recent months.