Noonan wants number 1's based on 'his track record' 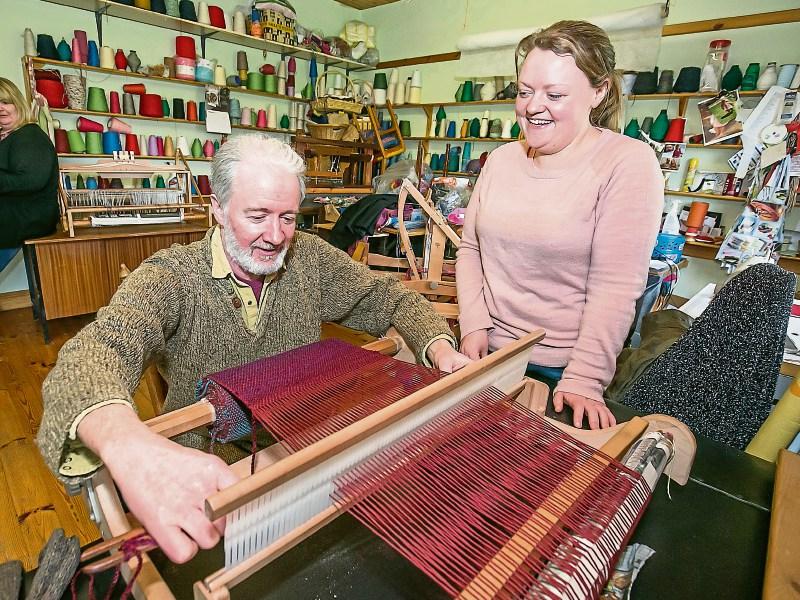 After 12 years working on the ground as a local policitan Malcolm Noonan believes that he deserves the chance to prove himself in the national arena.

The regeneration of towns and villages along with more inclusion in communities as well as proactively trying to deal with climate change are just some of the issues that the Green Party candidate will work with if elected.

As Mayor of Kilkenny he was renowned for his enthusisam and hard work ethic. He is also a key member of one of the city's longest established bands - The Barflies - he is most definitely a man of the people.

As we walk around Callan on a sunny Spring day people stop and chat with him at ease. Not because they know his face from a poster but because many of them know him and consider him a friend.

The first person we met is Michael 'Skippy' Ramsbottom - the eldest brother of this Kilkenny family who are an integral part of the local community.

“Of course I'll give him my number 1 - if I had ten of them I would give them to him,” he said adding that 'half the village would vote for Malcolm'.

Cllr Noonan is a realist and knows that he will have a fight on his hand to win a seat in the upcoming general election. But he is confident and is asking his supporters to give him their first preference and hopes that this will be enough to bring him over the line.

“I am looking to transfer the goodwill of number 2's and 3's to number 1's. I can stand on my own track record.

“We (The Green Party) made huge mistakes in government. That is why I stood for the leadership of the party back in 2011 because I want to take the party back to traditional values,” he said.

Cllr Noonan has run his own business and has a young family.

“Both me and my wife have busy lives and live on modest incomes. There is a huge social divide forming as the economy grows and there is deep inequality in our health service,” he said adding that he also feels that teachers are not valued enough and that there is a disparity of income.

If elected Cllr Noonan promoses to offer 'a very different and radical type of public representation which won't be based on 'clientism'.

“I think that Oireachtas members are primarily national legislators and should not act as super councillors. “

“I will only use the resourses necessaty to carry out my duties as a TD, I will not claim or abuse unvouched expenses and it is my intention to invest some of my income back into worthwhile commuity and environmental projects in Carlow and Kilkenny.”

A short walk through the town and Malcolm and his small but dedicated team stop off at the L'arche Community where he is a regular visitor. He chats easefully with staff and service users and said that 'inclusion and disability' are top of his agenda. He has already visited KCAT where again he is a well-liked and respected friend.

This affable councillor, who is part of the bedrock of the community is undoubtedly facing a tough, uphill challenge to win a seat in the constituency. However if he manages to convince the electorate to vote for his on his track record and to give him their all-important number one he may well get past the post on the day.