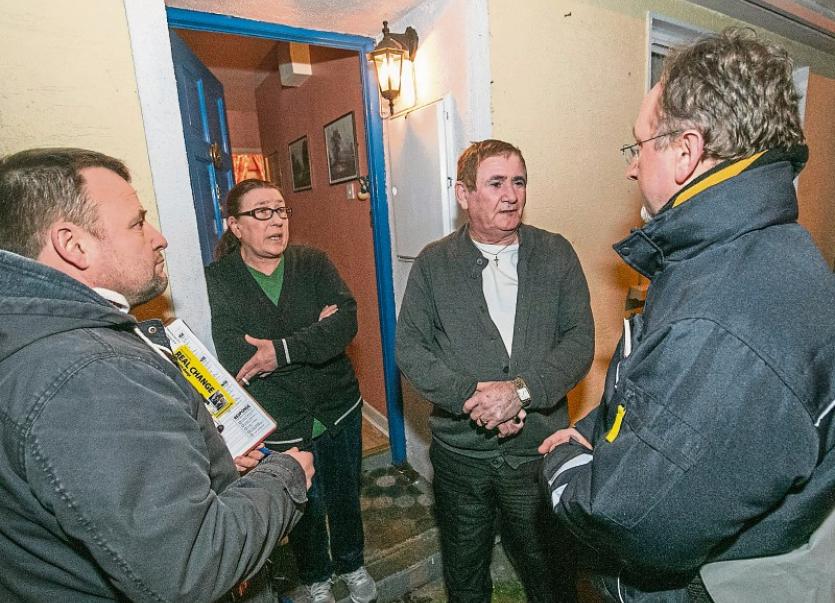 The people worst affected by the blanket of austerity over this country for the last eight years are those that Conor MacLiam is reaching out to in this general election.

He is sick of stroke politics and doesn't see the equity in politicians promising “the sun, moon and stars” to voters when they are let continually let down.

“We are trying to get away from this whole thing of politicians trying to wrangle favours for particular people. We need to make a bigger pitch that the Government are not building enough houses.

“The housing crisis should be declared a national emergency,” the Anti-Austerity Alliance (AAA) candidate said.

“We are not leading people up the garden path, what we say to people who are suffering under these conditions, is to come together with us, stand up and put political pressure on the established parties. This is instead of politicians wrangling a favour here and there, because I've heard that John McGuinness is bombarded with people asking him to pull strokes to get them housed,” he said.

He said in Dublin West, Ruth Coppinger TD had occupied a NAMA house with some homeless people to highlight the issue.

The biggest issue he has heard on the doorstep is that of people who are facing homelessness, waiting to get evicted because they are under pressure from private landlords. “Families with kids are running scared because landlords want them out so they can get people in who will pay higher rent and there is no protection for these poor people from the Government,” he said.

It's a national emergency, all the spin by the established parties is untrue in relation to building houses.

“When you can go around during a canvas and meet that many people who are under stress, over homelessness, you know it's an emergency situation,” he said.

I am going into areas, in the main, where there is a fairly strong antigovernment feeling and that feeling is more pronounced than in the by-election last year,” he said.

“Back then, there was a strong anti-government anti-Fianna Fail sentiment and a hope that Fine Gel and Labour were going to bring a new beginning. It simply has not happened,” he pointed out.

“People are sympathetic to us and realise that the recovery is for the rich only.”

Michael Delaney epitomises how ordinary people are feeling. A pensioner, he is not paying his water charges because he can't afford to and even though he is in a council house he has paid for home improvements himself.

He is feeling the pain, even if he is a cheerful soul. The minute Fine Gael and Labour are mentioned he waves his hands in disgust and said that as long as Conor MacLiam and his colleagues in the (AAA) do not go in with the government he will support them. He agrees with Conor MacLiam that real change is needed.