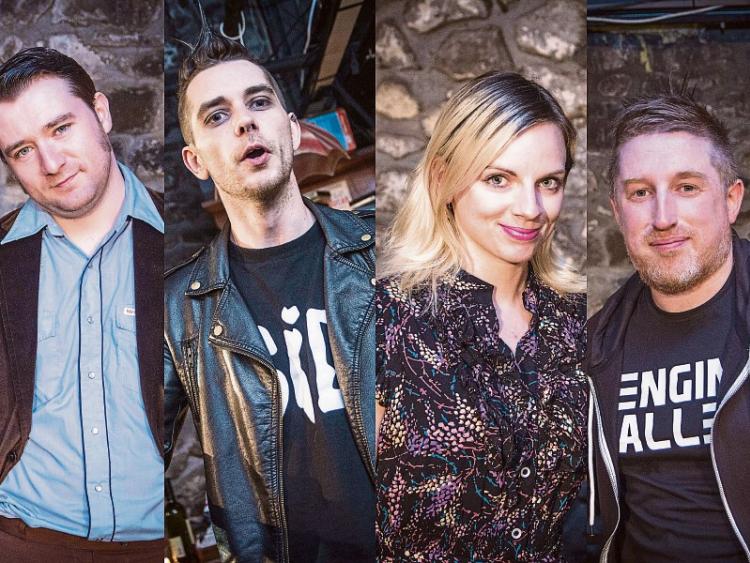 The year was 2006. Mary McAleese was President, Bertie Ahern was Taoiseach and Steve Staunton was Irish football team manager.

Meanwhile in Kilkenny Angela Barrett, Kevin Mooney, Ken McGuire, Niamh Moroney, Paddy Dunne and John Morton were planning and putting together their own theatre company. The theatrical baby was named Devious Theatre and arrived, kicking and screaming, into the theatrical world in August 2006 with their first show, Heart Shaped Vinyl.

The 10th anniversary is being celebrated in style, with three productions planned for this year.

The first is a revival of Heart Shaped Vinyl, which opened in Cleeres last week and runs until Saturday.

The 14 strong cast features seven actors from the original show and the play has lost none of its excitement or freshness. They have added an extra scene to the play to include a track based on last year’s marriage referendum. It’s a funny, poignant piece, beautifully acted by Niamh Moroney and Amy Dunne.

The play takes the form of a vinyl album, with the first half featuring six different tracks and relationships stretching from the sixties up to the present day. After the interval we take up with the various scenarios some years later and we catch up with the loves and losses in the intervening years.

The action and music takes us through the decades, starting with Del Shannon in 1963 and up to Alabama Shakes in 2014. I’m sure that this is the first time that Kilkenny bands, The Black Aces and The Swing Commandos were mentioned in a theatre piece.

The action is fast and furious filled with laugh out loud moments from the uniformly excellent performers. The cast is too long to list here, but they all can take a bow, which they did to a standing ovation every night. Special mention to writer/director John Morton, Ken McGuire for sound/graphic design and Eddie Brennan for an excellent set design.

The play was sold out last week. If you can get your hands on any of the remaining tickets do so or you might have to wait another ten years to catch it again.

It’s a very tough time for anything to do with the Arts in Ireland at the moment. The Minister in charge, Heather Humphreys, last week defended arts funding citing the €30 million allocated to the National Gallery and €10 million for the National Library. Meanwhile, companies like Devious Theatre are left to sink or swim, with little or no funding from the national kitty for the last ten years.

Happy 10th birthday, Devious. Roll on the next ten years !