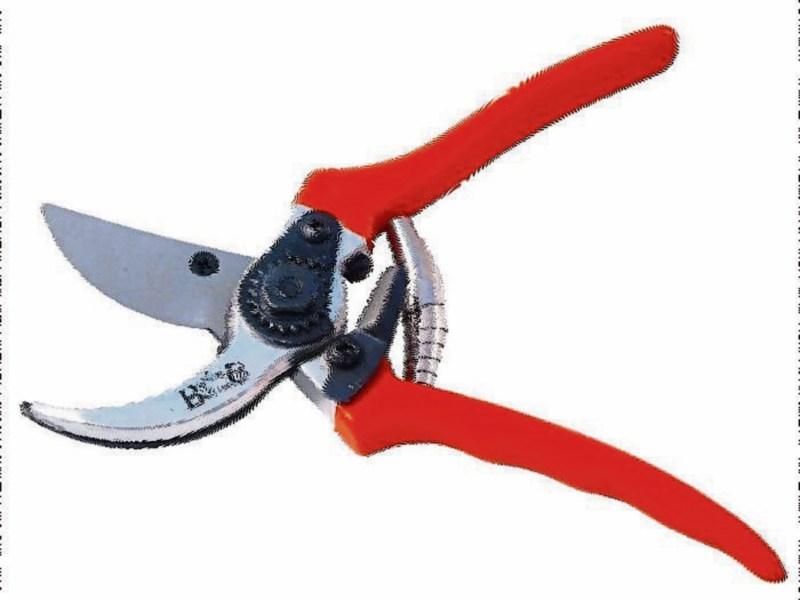 What is is about pruning? We are obsessed with it. Gardeners divide into two camps, those who are terrified of embarking on a little necessary snip, and those who stalk the garden with the loppers and pruning saw, eyeing up every misfortunate shrub within reach. The first lot, afraid to touch anything, in a fug of leave-well-enough-alone fear, run the risk of ending up like Sleeping Beauty, engulfed in overgrown trees and shrubs. I came upon such a garden recently.

This was a garden that I last visited about fifteen years ago, a spectacular place, all formal lawns, box parterres and ordered terraced, flower beds. It was a show garden. Around the boundaries there were trees and hedging. It was worked by a professional gardener. It was lovely. I arrived to see it again last week. A new gardener had taken over about two years ago and it was a bit of a curates egg - good in parts. But there were gummy places and several trunks of recently chopped trees and large runs of ivy creeping along the terraced beds.

The new gardner told me that she has spent her time chopping down self-sown sycamores that were allowed to run riot, shading out purposely planted herb and vegetable beds.

The herbs, not surprisingly, looked miserable, trying to grow in deep shade. They were now beginning to grow properly, finally back in the sun.

Meanwhile a hedge over four metres tall, loomed over another border.

'I don't know how we're going to bring that one down to a manageable size' she sighed.

I thought of extreme vegetarians who refuse to uproot a lettuce for fear of hurting it. They cut off only the leaves they require for dinner. It appeared that the garden had been tended by someone off that bent. Now I like a wild look but this was not a wild garden nor anything closely approximating a wild garden. This was a formal garden and should have been tended as such. The gardener didn't know what her predecessor had been thinking. I thought her a bit kind. I was tempted to think that her predecessor had spent her time on business other than gardening. Under the lax regime some of the feature shrubs, had been let go way out of shape. They had split, were dying, leaning out over their neighbours and the path. A lot of large scale hauling out was now required and a lot of bare shrub border is going to be lived with while the new young plants grow. The placement these are shrubs were planted in requires that they be at least three to four metres wide and tall. It will be some time before they reach the required size. If they had been lightly pruned when and where it was needed over the year these shrubs should have been able to give a good account of themselves for at least another decade or so. In that case, as the need to pull out one arose, one could be replaced gently as its neighbours were allowed to spread to fill the gap while the new baby bedded in. No such luxury exists now.

The way to approach pruning is to first of all find out the names of the plants you have either recently planted or inherited in an existing garden. Then, look up their particular pruning requirements in a good gardening reference book.

These requirements will vary. One shrub might require that you do absolutely nothing, this being a plant that needs no cutting apart from when a branch has snapped off in wind and needs to be tidied up.

You may also have a plant that needs to be pruned after flowering. Some may need to be pruned in the spring. Some can be chopped wholesale to the ground. But generally the advice will be to take out about one third of the old branches.

And if you think ‘to hell with it I'm just going to chop’, there are good reasons for different species requiring different treatment. Some plants flower on this years new growth. Some flower on last year’s mature growth. These habits determine how they should be pruned. Do it badly and you will end up with no flowers for at least a year and a badly shaped plant that will not grow back in a handsome way.

Once you know what care your particular array of plants require and at what time of the year they require that care, you can then pencil in the work to be done and the time when it should be done.

If you still feel the fear, look up a U-Tube video of someone attacking a plant with similar requirements. Finally, just take it slowly. Make a cut and stand back, seeing to the overall balance of the shrub. Little and often is always safe. You cannot undo something drastic but you can always go a little further when you have been conservative in your first cut. Remember you cannot stick back on the branch rashly chopped off. Now up and at it.