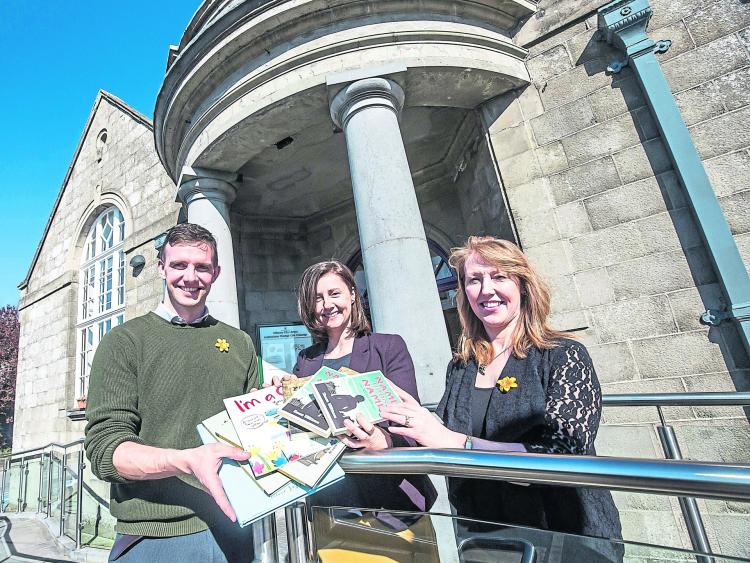 A figure in the local arts scene is moving on to new pastures after seven successful years at Barnstorm Theatre Company.

Nuala Roche - poet, and actor has recently left her post as at Barnstorm and has started working on a basis with the Kilkenny Arts Office.

With a background in IT and film production Nuala took on her role in Barnstorm with gusto and made a significant contribution to the company during her time there.

“Theatre production was new to me when I started working at Barnstorm in 2010. I had come from film post production and Multimedia Project Management but through six years at Barnstorm I learned so much about , especially about creating plays for young audiences.

“It was a privilege to watch the plays evolve from the research stage through first drafts of the scripts; read-throughs with actors; rehearsals and then sitting in at performances with schools and families. When you can watch a play 30 to 40 times and still enjoy it and learn from it, well that’s a testament to the quality of the work created at Barnstorm,” she said.

Nuala was an integral part of the team at Barnstorm and was involved in the celebrations and of events to mark their 20th, 21st and 25th birthdays. Her departure from the company was suitably marked with a social function at Cleeres on Friday evening.

During her time at Barnstorm Nuala managed the Audience Development Project which surveyed 1,000 primary schools about their arts experiences, held teacher focus groups and offered ‘Theatre Taster’ performances to schools who had never attended a Barnstorm play before. her work at Barnstorm Nuala has garnered a reputation as a talented writer.

In 2016 Nuala won First Prize in Poetry at Dromineer Literary Festival and was Highly Commended in the Patrick Kavanagh competition (First Unpublished Collection). Her collection then received an Artlinks Literature Bursary towards the publication which will be launched in August.

In 2017 she was a recipient of an Arts Act award towards presenting new writing, a one-act Bridie, in the AKA Festival.

“Bridie developed from an idea and notes that I made in 2001. Ideas take to gestate! Over the years, parenting and work have taken priority so the Kilkenny Arts Office’s supports for writers have been really really important to me. And bolstered by 2016’s Waking The Feminists campaign, I made a commitment to push my work out into the arena, so to speak, and make room for new writing projects.”

Following the AKA Nuala has a two-week residency at Tyrone Guthrie Centre to develop Bridie into the full-length two-hander play that it was conceived as.

“This project is close to my heart because it was a workshop school with the poet Eavan Boland that encouraged me to keep at the writing. I recently learned that those schools workshops were by Proinsias O’ Drisceoil, Arts Education Officer at the VEC. With the Creative Ireland Programme and increasing recognition that the creative, cultural and arts sectors can play a transformational role in society, my passion is for people to see these sectors as offering viable and rewarding careers, and that these sectors will be valued more and more in our communities.