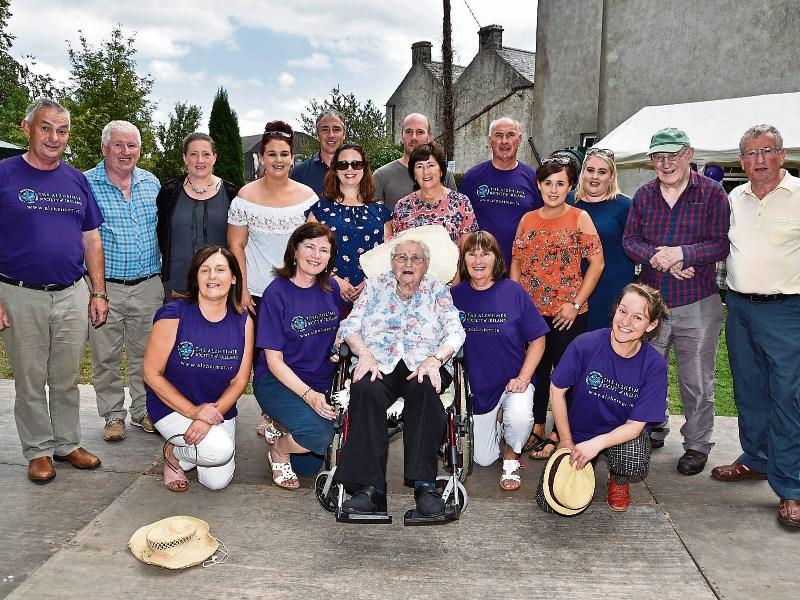 Robert Woodcock on left with helpers and friends of The Alzheimer Society of Ireland at Farmley, Burnchurch for the fundraising garden party

Storytelling, music and dance were the order of the day for a wonderful fundraising event for the Alzheimer Society of Ireland day care centre in Kilkenny.

Organised by Robert Woodcock, at his home Farmley, Burnchurch, he said people were very generous. The proceeds of the day have not been fully totted up yet but Robert says they raised close to €3,500 on the day.

Robert held the event for the centre because his own mother, Kathy Woodcock, goes two days a week and only for the centre she wouldn't be able to get out of the house.

Among those who took part in the afternoon's entertainment were local group The Cassidys, musicians who take part in the Home Rule Club sessions, set dancers and of course seannachaí Jim Maher. Robert is grateful to all for their support, especially Dick Dooley who sponsored the barbecue. “It was a fantastic day,” Robert said.