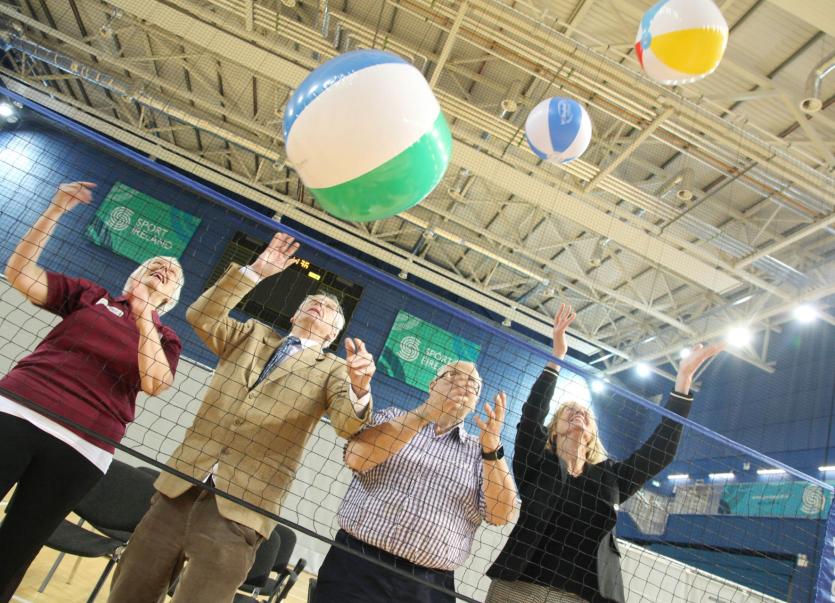 Age & Opportunity’s Go for Life Programme has announced that 26 Kilkenny groups will receive a total of €7,850 to fund physical activity for older people.

Nationwide over 1,000 groups will receive grants totalling almost €300,000. This allocation brings the total grants allocated over the last 18 years to over 14,000 and the total fund allocated to date is €5.7 million.
The National Grant Scheme is widely recognised for its positive endeavours and encouragement of activity among older people. Brendan Griffin, Minister of State with responsibility for Sport, said the funding has not only supported older people, but empowered their age group to get more active more often.

“These allocations enable groups across Ireland to achieve activity goals for thousands of older people,” he said. “Programmes like ‘Go for Life’ are a great way to bring the National Physical Activity Plan into people’s lives. They provide an accessible and enjoyable means for older people in communities nationwide to reap the health rewards from doing physical activity. I am delighted to see that almost €300,000 has been allocated by Sport Ireland to the Go for Life grants to over one thousand groups this year.  This means that 30,000 older people will take part in sport and physical activity as a direct result of this grant scheme.  This scheme is a wonderful way of promoting increased participation for older people.”

Speaking at the launch, John Treacy, Chief Executive of Sport Ireland, said the ‘Go for Life’ initiative continues to power ahead as a valuable resource in getting more older people active.

“We never cease to be amazed by the popularity and enthusiasm for the ‘Go for Life’ programme,” he said. “Sport Ireland, along with our partner Age & Opportunity work tirelessly to deliver opportunities and grants to as many deserving clubs and groups as is possible. There has never been a greater focus on being active and understanding the benefit of keeping fit, and ‘Go for Life’ is indicative of that appetite in older age-groups.”

The investment provided by the grant will be subsidised by over 77% of groups and participants. The number of grants allocated exceeds 1000 for the sixth time and the percentage of successful applicants is 92%.

Karen Smyth, CEO of Age & Opportunity, said today’s funding was an important milestone in keeping older age groups healthy and active. She said the allocation of grants ensured clubs and groups from all walks of life could benefit from the scheme

“This year, 309 successful applications were from designated disadvantaged areas and 96 were from applicants who had not previously received a grant,” she said. We are delighted to work on this in partnership with Sport Ireland and long may this collaboration continue. Age & Opportunity puts the value that older people bring to our society at the top of its agenda, and today’s announcement is further evidence of paying tribute to older generation.”

Of today’s successful funding allocations, 205 grants were awarded to Active Retirement Associations, 268 grants were awarded to Irish Countrywomen’s Associations and 23 applications were made by Local Sports Partnerships.
Other funding allocations included: 24 Mens Sheds’ groups; seven Rehab Care groups; 11 Arthritis Ireland initiatives; 10 Irish Wheelchair Association groups; and activities for 32 Family Resource Centres.
The Grant Scheme demonstrates the wide scope and ambition of Ireland’s older generations where keeping healthy and active is concerned. Zumba, Salsa dancing, rowing, Aqua Aerobics, Pilates and Tai Chi are just some of the activities the grant will fund.
The Grant Scheme is part of Age & Opportunity’s ‘Go for Life’ programme, funded by Sport Ireland, and delivered nationwide with the support of Local Sports Partnerships and the HSE.