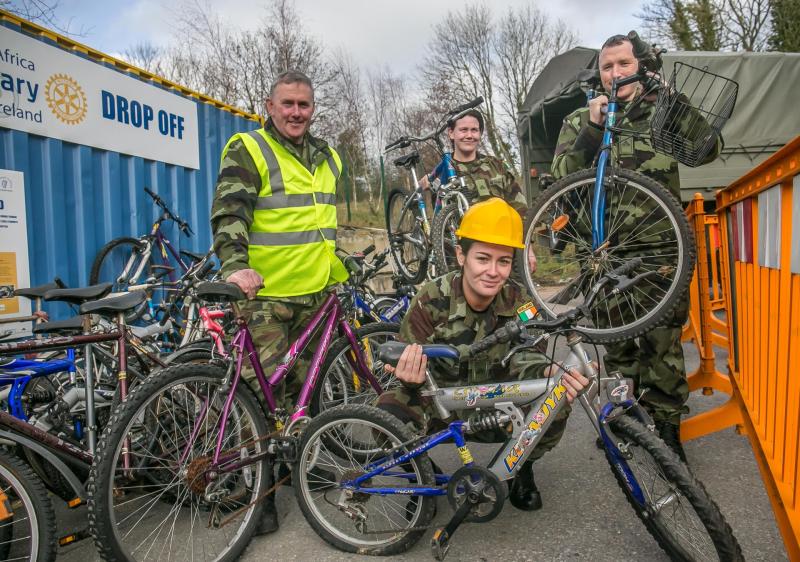 Hundreds of bikes were loaded onto trucks in Kilkenny, last week, bound for a life-changing destination in Africa, thanks to the generosity of the people of Kilkenny.

Just the first batch in a campaign to help communities in Gambia, the bicycles will help children get to school and nurses get around to patients.

Rotary Kilkenny’s Bikes to Africa scheme has been a huge success since it was launched before Christmas - and is ongoing.
The project is a simple one with great results - anyone in Kilkenny who has a bicycle they no longer want or use can donate them to be passed on to someone who does need a bike.

The Rotary Club organised a container at the Dunmore Recycling Centre and all you have to do is drop off your unwanted bikes there.

Rotary will then organise to transport the bikes first to Loughan House Open Centre where the people who have been sent to prison repair and spruce up the bicycles. The bikes are then loaded up and transported to Gambia.

In Kilkenny, last week, Fr Sean Devereux, a priest from Cushinstown in Wexford and who has worked with communities in Gambia for more than 20 years, said: “Specifically for school children this is absolutely huge. The last area I worked in was a very rural area. A lot of kids from nursery level up would have to trek three, four, five kilometres in the morning, on unpaved roads through the bush. Wide wheeled bikes are a godsend to them. They cut the journey time to school in half. ”

In Gambia Fr Devereux is the liaison with a cross-community group of all religions who have built medical centres and 96 schools. They have a list of the schools most in need where they distribute the bicycles.

In Kilkenny the project could not have been so successful without the support of the County Council, local engineering firm CDS Architectural Metalwork and Dunmore Recycling and Waste Disposal Centre.

Key players in the project are members of the Irish Defence Force based in Kilkenny who have taken on the transportation tasks.
Last Thursday a crew from James Stephen's Barracks filled two army trucks with donated bicycles from the container in Dunmore. The following day they undertook the nine-hour, round-trip to Loughan House in Cavan with the bicycles.
Captain Larry Scallan lead the team and they are already planning more transports! 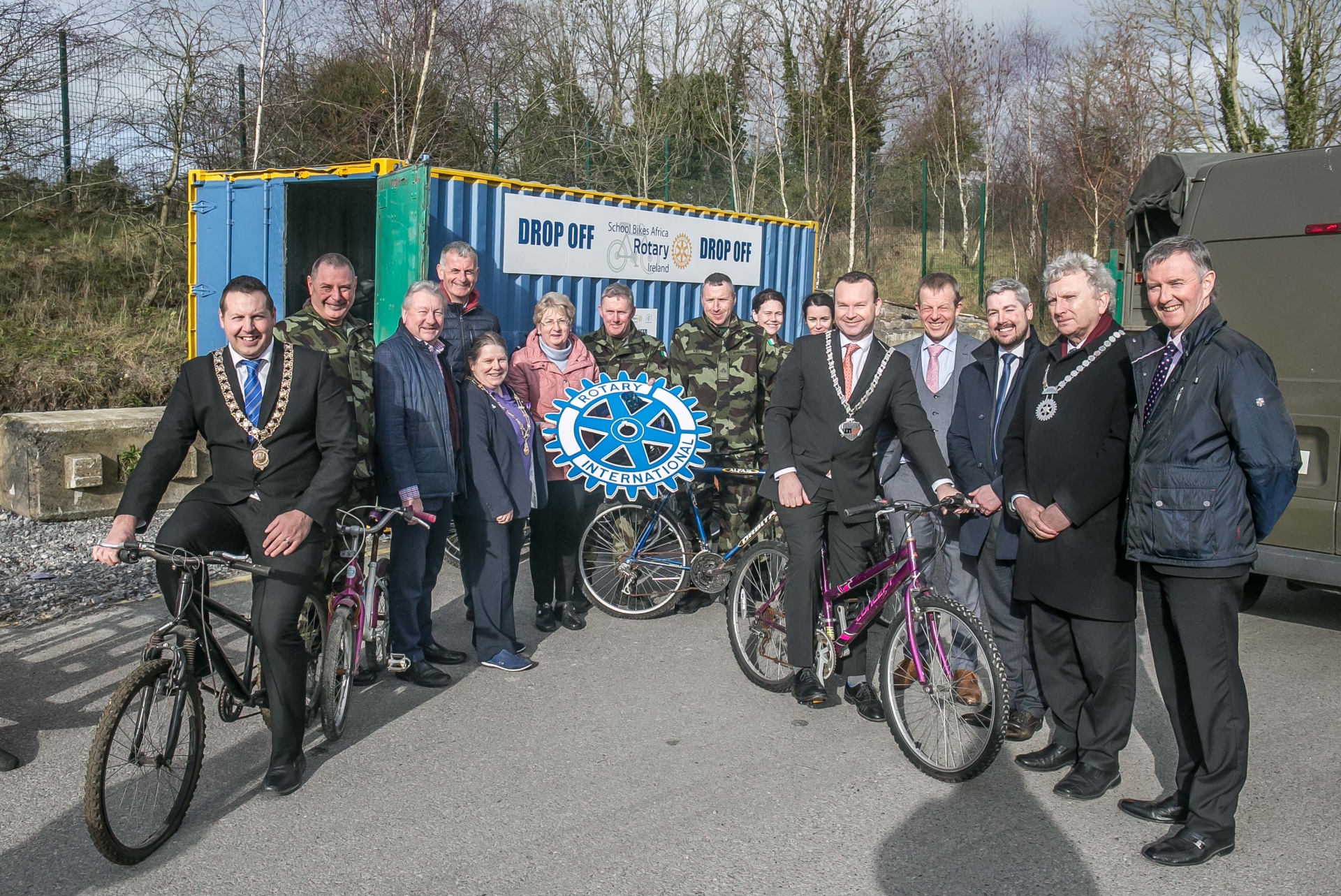 Above: Cathaoirleach Eamon Aylward and Mayor Peter Cleere joined volunteers and members of Rotary and Kilkenny Chamber and military at the loading of the bicycles for Africa onto army transport for their removal to Cavan PICTURE: PAT MOORE

Sean Dunne, International Services Chairman for Rotary Ireland, was also in Kilkenny last week and he praised local people for their fantastic response to the appeal. The idea of locating a container in a recycling centre was the brainchild of Kilkenny Rotary but it's one he says can be implemented across Ireland.

Rotary Kilkenny President Jimmy Connolly's words to the people of Kilkenny were: “Thank you and well done. Real thanks will come from those people in Africa unfortunate to need this service but glad when they arrive. It will be a life changing experience for them when they get these bicycles.”
Mr Connolly said the response to the project left him totally surprised on one hand and yet not surprised on the other because Kilkenny is a great community and the community completely came on board with this.

Cathaoirleach of Kilkenny County Council, Eamon Aylward, said: “It's a brilliant initiative that has to be applauded and admired. We all have bikes sitting at home in a shed, to put these bikes to good use to help children in Gambia get to school safer and quicker has to be applauded.”

Mayor Peter ‘Chap’Cleere said this is a fantastic initiative and is going to bring so much joy to so many people across Gambia.”
This is only the start of the project. Bikes continue to be accepted at the dedicated container at the Dunmore Recycling Centre, at no charge.

The bikes must have a minimum 12” wheel, have mountain bike tyres only and must be sturdy bikes that can withstand rough terrain.