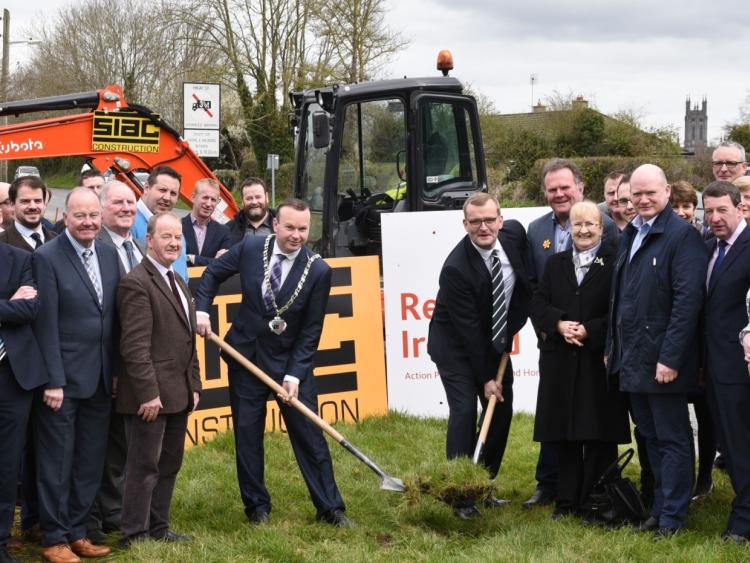 Contracts were signed in February.

The scheme extends to 2.3km in length and includes for a new distributor road from the N76 Callan Road to the Circular Road at Robertshill, widening of the existing Circular Road from Robertshill to its junction with the Kilmanagh Road, and widening of the R695 Kilmanagh Road to Drakelands Nursing Home. The proposed road is single carriageway with footpaths and cycleways on both sides and public lighting throughout.

The scheme is being jointly funded to the tune of €13 million by Kilkenny County Council, and the Department of Housing, Planning, and Local Government under the Local Infrastructure Housing Activation Fund (LIHAF) section of the Rebuilding Ireland programme, and is a critical element of the response by Local and National Government to the current housing crisis. Resulting from the investment in this scheme, it is expected that over the next 3-5 years approximately 600 new housing units will be provided in the area, with a total of over 3000 housing units in the long term. Also planned for the area served by the road are three schools (two secondary and one primary), and a significant amount of social infrastructure.

Minister John Paul Phelan TD expressed his satisfaction that the realisation of the scheme will ensure the delivery in advance of all infrastructure necessary for the orderly development of the area and commended Kilkenny County Council on its successful LIHAF funding application.