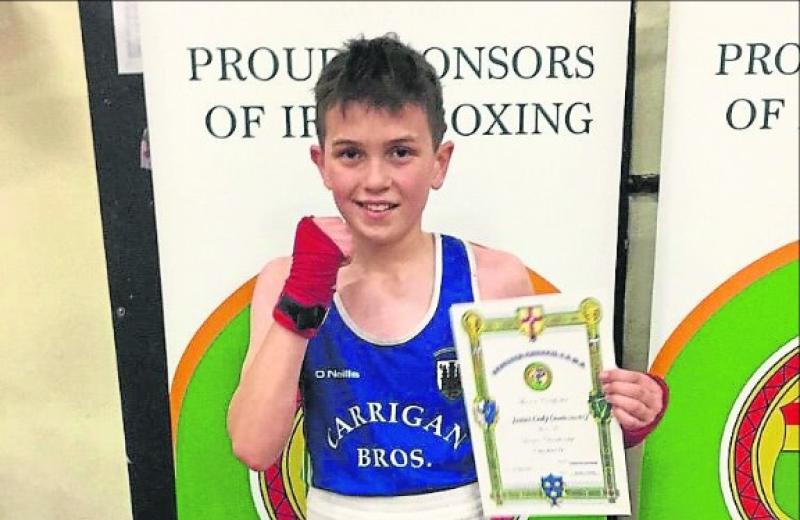 James Cody of Clara and Marble City Boxing Club qualified for the Leinster Boy 1 boxing final by beating a tough Newbridge opponent in Newbridge on Friday.

James, who boxes at 44.5 kilos, had already won the prestigious Michael Andrews tournament this year.
James stopped the local in the first round. Just two days later James took the Leinster title with a resounding 5-0 victory over another Newbridge boxer.

Patrick Connors was his victim this time and James silenced the large home following with a superb display that was every bit as convincing as the score would suggest.
Now James looks forward to the All Ireland series. Good luck in that James.
A few hours after that, Ben Murphy, a first cousin of James, and boxing out of Paulstown was beaten narrowly in the Leinster final.

Ben, a former All Ireland winner, was unlucky to come up against a much taller opponent John Joyce of Mullingar who had a massive reach which Ben just found hard to penetrate.
However, lots of observers felt the decision should have gone the other way. Such decisions are not uncommon in boxing. Hard luck Ben.