Kilkenny has Ireland's most creative burger!

We also have the second best burger in the whole country! 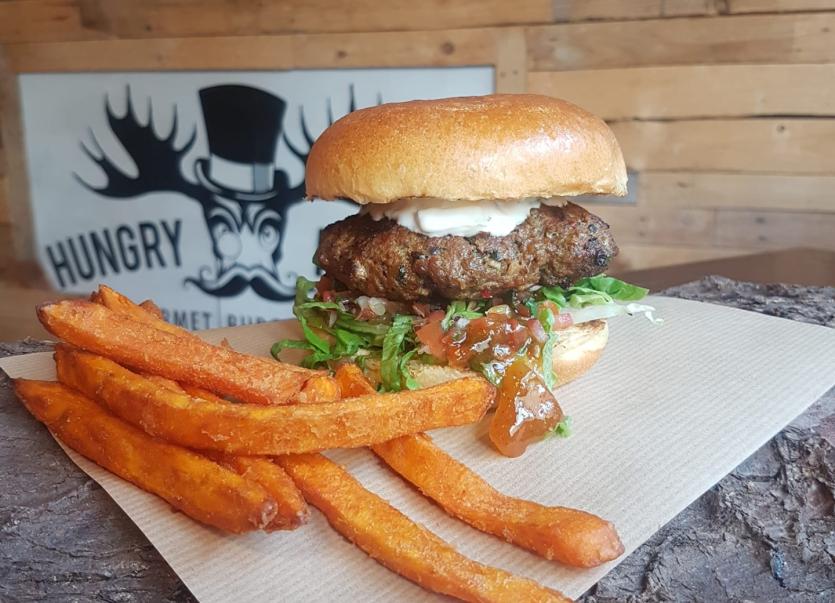 The Hungry Moose came second in an all-Ireland competition!

Ireland's best burgers have been revealed - and yet again Kilkenny is the gourmet burger capital of the country!

Kilkenny may have lost it's overall best crown to a Galway restaurant this year, but last year's winner the Hungry Moose came a very close second overall. Not only that but Butcher restaurant took the title for most creative burger!

The Hungry Moose was also named the best gourmet burger in Leinster.

To help celebrate the humble burger, Kepak will host National Burger Day across the country tomorrow (20th June). Burger lovers can treat themselves and a friend to a signature burger with an exclusive 2 for 1 offer at participating burger outlets nationwide for one day only. The full list of participating outlets can be found atwww.nationalburgerday.ie

The event, sponsored by Kepak, and supported by Heinz, Dubliner Cheese and Ben & Jerry’s, is a nationwide celebration for everything that we love about Irish burgers.

Bláthnaid Ní Fhátharta, Kepak Marketing Director said: ‘For a second year running, we received thousands of votes from the public, having their say on their favourite burger. There were hundreds of entries this year from across the island and it was tough competition.  We’d like to say a huge thank you to all the businesses that took part and to the public for casting their votes. This truly is a celebration of great quality burgers from across the country.’

Best national burger at a…

Most Creative: The Butcher Restaurant in Kilkenny

Connaught: Flipside in Sligo
Leinster: The Hungry Moose in Kilkenny
Munster: West Cork Burger Company in Cork
Ulster: The Hatch in Down