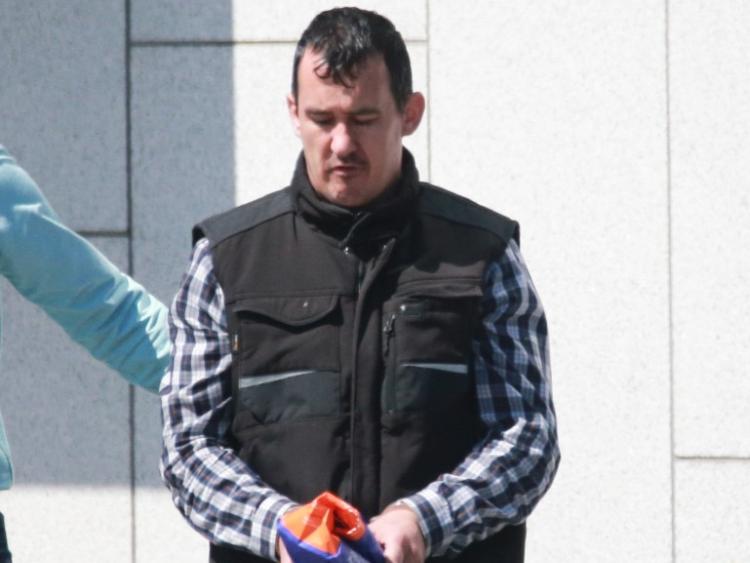 A career criminal has been jailed for a scam in which he tried to take more than €9,000 from a 79 year-old Kilkenny woman - a type of crime he himself said left him ashamed and disgusted.

Quick thinking Kilkenny gardaí were praised in court for their role in detecting the crime, and preventing the defendant from getting more than €4,000 from the same elderly lady twice in just three days.
The offences took place in Kilkenny city last May.

Patrick O'Brien, 7 Hillview Drive, Abbeyfeale, Limerick, has been convicted and jailed for a total of three and a half years at Kilkenny Circuit Court.
He was found guilty of two offences under the Criminal Justice (Theft and Fraud) Act.

Mr O'Brien pleaded guilty to two counts under the Criminal Justice (Theft and Fraud Offences) Act; that he acted dishonestly, with the intention of making a gain for himself, or of causing a loss to another, or by deception induced another to act.

The first charge related to May 1, 2019, when the elderly lady handed over €4,850 for “cleaning out gutters.”
The second charge arose from events two days later, on May 3, when gardaí intervened just minutes before the elderly woman handed over €4,600. She was told this was to get rid of rats in her attic. No work was carried out.
The woman, who lives in Kilkenny city, was 79 years old when these offences occurred, earlier this year.

Garda Liam Murphy told the court how he and colleague Garda Edward Macken detected the crime.
On May 3 the gardaí were on patrol in an unmarked garda car. They observed two men standing side-by-side outside a shop near the High Street/ Parliament Street junction. The gardaí got out of their car to speak to the men. Garda Macken spoke to Mr O’Brien. He gave what was later discovered to be a false date of birth. Mr O’Brien said his van had broken down near the motorway. They were told to move on.

The garda radioed Kilkenny Garda Station and asked them to monitor both individuals because they were acting in a suspicious manner. The control room at the station reported that the men had returned to the same spot when the gardaí left. They also observed a car pull up beside them and the other man handed something in the window.
Gardaí kept a look out but did not see the vehicle.

The gardaí went back to the shop and saw the two men there again. They had the Bank of Ireland in their direct eyeline.
Garda Murphy approached Mr O’Brien and informed him his phone was being seized. He was arrested for attempted theft and cautioned.

When gardaí inspected the phone they found a number of voice messages from Mr O’Brien to another man, as well as photographs of the elderly woman’s house and car. One photograph was of an envelope of €50 notes from when gardaí believed the woman handed over the first lot of money.
The messages referred to the woman and included lines “she’s as soft as ever,” and “we got €4,600 off her, hope we’ll get the same tomorrow.” Another message said “she’s in the bank now.”

The gardaí were concerned when they saw the messages and contacted a detective garda who made contact with the bank in Kilkenny to see if anyone had withdrawn a sum similar to that mentioned in the messages. The 79 year old lady was identified and gardaí went to her home. She was distressed.
Mr O’Brien was interviewed a number of times and made no comment.

Garda Murphy said the messages showed the defendant was a “very cold individual” who targeted a 79 year old, vulnerable woman.
Mr O’Brien never carried out the work he told the woman he would. He intimidated her to go to the bank and withdraw money.
One of the messages said another man did not want to do anything because his van was registered to him. This showed the level of planning and surveillance these individuals carried out, the garda said.

“Hours and hours” of CCTV from Kilkenny city centre were viewed as part of the investigation and show Mr O’Brien and the other man following the elderly lady down the ramp of Market Cross car park.
The garda said they acted within minutes of the elderly lady passing over money for the second time.
The first payment was not recovered.

“It seems to me the intention was to come back and have another go at her to see if they could extract more money,” Judge Terence O’Sullivan said.

Cephas Power BL, for the state, said the first day Mr O’Brien pretended to do some work then came back and said her roof had to be fixed, she had rats in her attic and she would be fined €10,000. The woman had initially declined the work but felt threatened and changed her mind.
Mr O’Brien is a career criminal who travels country-wide carrying out scams, targeting elderly, vulnerable people, Mr Power said.

The court heard details of Mr O’Brien’s previous convictions for similar offences, from Cork, Tralee, Limerick, Galway, Portlaoise and Dublin, dating back to 2009.

Sarah Jane Comerford, BL, defending, said it had been another man who offered to bring the elderly lady to the bank. It was a joint enterprise and it was Mr O’Brien’s job to collect the money. Garda Murphy accepted Mr O’Brien was the “bag man” who played an active role and was one of the ring leaders.

Miss Comerford said her client had no history of violent offending. He is 37 and has two young children with his partner. He left school at 14 and doesn’t have a consistent work history. He has improved his literacy while in prison.
The barrister said her client is ashamed and disgusted at this type of crime. He always knew this type of crime was wrong, she said, but worked with older men who were role models.

A letter was handed in to court to be passed to the elderly lady, written by Mr O’Brien, giving her an assurance he will never return to her house. His barrister said Mr O’Brien would like to compensate the lady and had contacted other individuals to see where the money went.

She said Mr O’Brien’s wife didn’t see any of the money because he drank it. He is now engaging with an addiction counsellor. He consistently said he did not want the elderly lady to have to come to court because she had been through enough.
The barrister asked the court for one final opportunity for her client to change his life.

Judge Terence O’Sullivan said he would dearly love if the elderly lady could get her money back.
“It would be remiss of me not to say this was an extremely astute and clever piece of police work by the two gardaí for the community and they are to be congratulated for it.”

The judge said the elderly lady was essentially defrauded of €4,850 in what was clearly a scam the defendant had engaged in in the past. He said it was clear from the phone messages this was a scam they engaged in to extract as much money as they could from an elderly person. “They told her nonsense but the unfortunate poor lady didn’t know that.”
Judge O’Sullivan said while the crimes were committed without violence, there were threats, they had put someone under duress and there were uncomfortable undertones to that.

He said this crime was at the higher end of the scale in terms of harm and moral blame, and the defendant had “a litany” of similar type crimes in his past.
“He may describe himself as ashamed but that doesn’t come through in his behaviour of recent years. It is not easy to find any mitigating factors.
“An elderly lady should be getting respect and support and instead was treated as a complete dope. An apology is worth very little at this stage when not accompanied by her money.”

On the first charge Mr O’Brien was sentenced to three years in prison and fined €1,000, with five years to pay.
On the second charge he was sentenced to nine months in prison, with the final three months suspended on condition he enter into a bond to keep the peace on his release and pay back €4,850 to his victim.