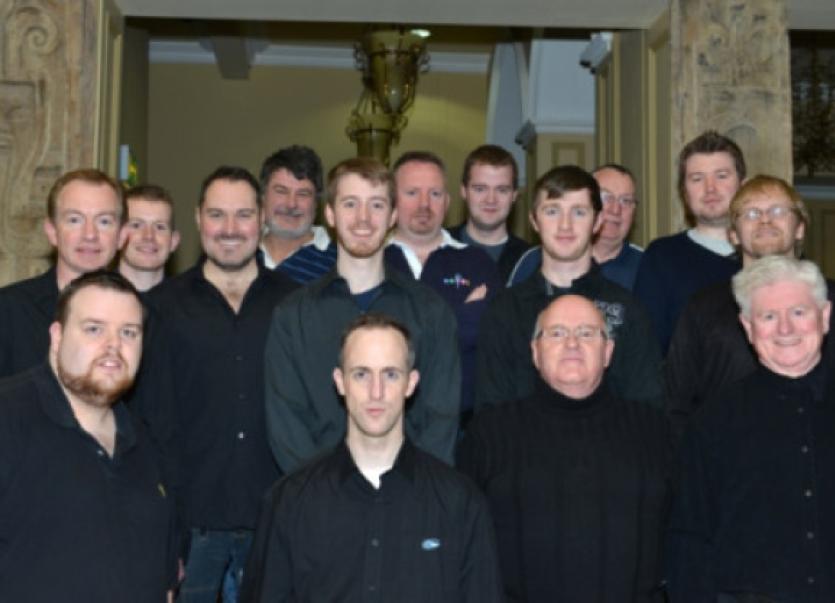 AFTER months of rehearsals the cast, crew and chorus of the Kilkenny Musical Society will take to the stage of the Watergate with their production of Pirates of Penzance which opens this Sunday.

AFTER months of rehearsals the cast, crew and chorus of the Kilkenny Musical Society will take to the stage of the Watergate with their production of Pirates of Penzance which opens this Sunday.

This much-loved and acclaimed musical features a number of well known local actors as well as introducing new blood to the vibrant acting scene in the city. The Society is delighted to welcome Joanne McCabe who will play the lead female role of Mabel.

Joanne, a Soprano from Wexford has performed nationwide including venues such as The National Concert Hall, University Concert Hall, Limerick and Wexford Opera House as well as in the USA. She is a regular concert soloist and guest artist and after playing the lead in opera ‘Peace’ is now loving the Musical Theatre scene with leading lady credits in ‘The Merry Widow’, ‘Guys & Dolls’, ‘The Music Man’ and Oyster Lane’s recent production of ‘Annie’.

The male lead role of Frederic will be played by Thomastown teacher Kevin Reade. Kevin has earned a remarkable reputation in recent years with lead roles such as Fagin in “Oliver”, John in “The Hired Man” and Seymour in last year’s “Little Shop of Horrors”. Kevin has been nominated twice for AIMS awards in both the Best Comedian and Best Actor categories.

The Sergeant of Police will be played by Ballyhale man John Byrne who makes a welcome return to the Society after a number of years. John could be described as a stalwart of the Society and played many leading roles in Musical Society Productions in the past. Another to make a welcome return for this important year is Olivia Smith who plays Ruth. Olivia is well known and loved by Kilkenny audiences having played such important roles as Eliza in “My Fair Lady” and Nancy in “Oliver”.

Kilkenny College teacher Matthew Berry plays the dotty Major General Stanley and his rendition of “A Modern Major General” is sure to be one of the highlights of the show. Matthew came to prominence in Kilkenny when he played Tevye in “Fiddler on the Roof” and followed this up with a stunning performance as Jackson in “The Hired Man”

Sean Gaffney, who has played several supporting roles with the Society in recent years, plays the swashbuckling Pirate King. Those who were on the route of the recent St Patrick’s Day Parade will have some sense of Sean’s prowess as a leader of men and no doubt he will have a special rapport with the audience.

His side kick, Samuel will be played by Fergal Millar. Fergal has again played many supporting roles in recent year’s including the dentist in last year’s “Little Shop of Horrors”. He has also made a huge name for himself in recent Watergate Pantos and played Robin Hood in the most recent Watergate Production.

Kevina Hayes plays Kate, another daughter, and regulars to the Watergate will remember her astounding performance as Audrey in “Little Shop of Horrors” last year. In the previous year she was nominated as Best Supporting Actress for the role of Mai in “The Hired Man”. The other sisters are played by Nicola Brennan and Castlecomer girl Sarah Brennan.

The Pirates of Penzance is a comic opera in two acts which was premiered at the Fifth Avenue Theatre in New York City in 1879. The Pirates of Penzance was the fifth Gilbert and Sullivan collaboration and introduced the much-parodied Major-General’s Song. The opera was performed for a century by the D’Oyly Carte Opera Company in Britain and many other opera companies and repertory companies worldwide. The Pirates of Penzance will run at the Watergate Theatre from April 7 to 13 from 8pm to 10.30pm. Tickets are priced at €18/€15/€12. For more information contact (056) 776 1674.