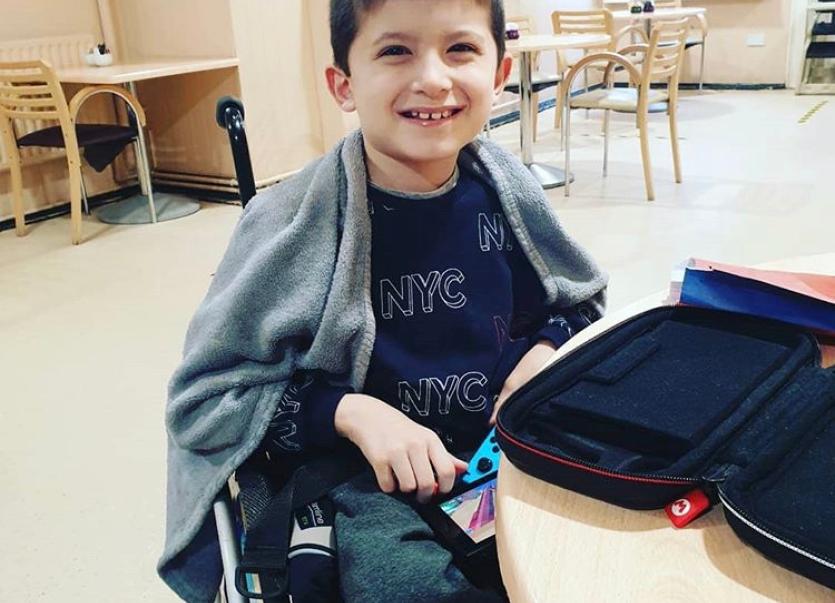 This is the happy face of Isaac Brennan as he gets ready for another round of spinraza treatment.

The photograph of the Kilkenny child was taken in Temple Street Hospital by his proud mother Carol as he got ready for a fifth dose of the life-changing medicine.

Isaac, who lives with the life-limiting condition Spinal Muscular Atrophy, started his treatment last November after years of fighting for access to treatment, which could improve Isaac’s strength and potentially increase his life expectancy.

Getting access to Spinraza had been difficult. Isaac and his parents, Carol and Philip, travelled to the Dáil to protest along with other families living with SMA and demand access to the life-saving drug. The matter was also raised in the Dáil on numerous occassions. The Kilkenny hurling squad also came out and publicly supported the campaign.