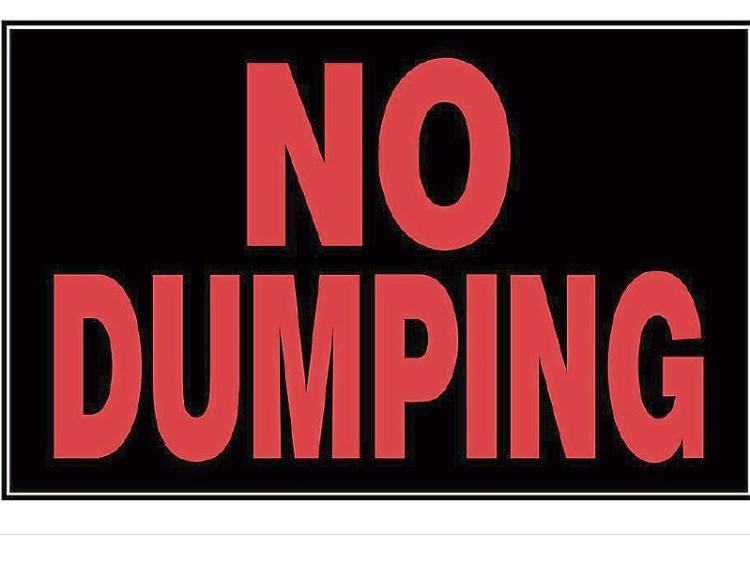 Kilkenny County Council has revealed that there has been a sharp increase in the number of fines issued against individuals who litter or dump waste   in recent weeks.

In the last three weeks alone, almost forty, €150 on the spot fines were handed out for a wide variety of offences.

The council also revealed that they will be utilising drones, cctv cameras, trail cameras along with staff patroling to preserve the years of hard work and effort put in by so many stake holders to keep Kilkenny litter free.

"Unfortunately, the Council has seen an increase in illegal dumping, littering and backyard burning across our City and County since control measures have been introduced to combat the spread of Covid-19. The number of complaints received by the Environment Section with respect to this illegal activity has increased by 35% since mid-March when compared to the same period last year. This selfish and dangerous behaviour of the minority is undermining the good efforts and investment of all stakeholders who want the best for our people, City and County," said the council in a statement

It went on to warn - "People who feel it’s ok to discard litter from car windows, at recycling bring banks, whilst walking along our streets, or those who illegally dump waste along our county roads, at our beauty spots, burn their waste,  or those who fail to clean up after their dogs are put on notice. The Environment Enforcement Section of Kilkenny County Council are actively patrolling and carrying out investigations throughout the county. Technology such as CCTV camera’s, drones, trail camera’s, along with good old-fashioned investigation work, is being deployed to detect the people who feel its ok to detract from our city and county putting people, our family and friends, at risk from disease or injury."

"Therefore, would be offenders be advised. Selfish and dangerous behaviour of this nature is totally unacceptable at any time and even more so now given the current circumstances surrounding Covid-19. So, take note, every effort will be made to make those who partake in this type of illegal activity accountable for their actions!," the statement concluded.