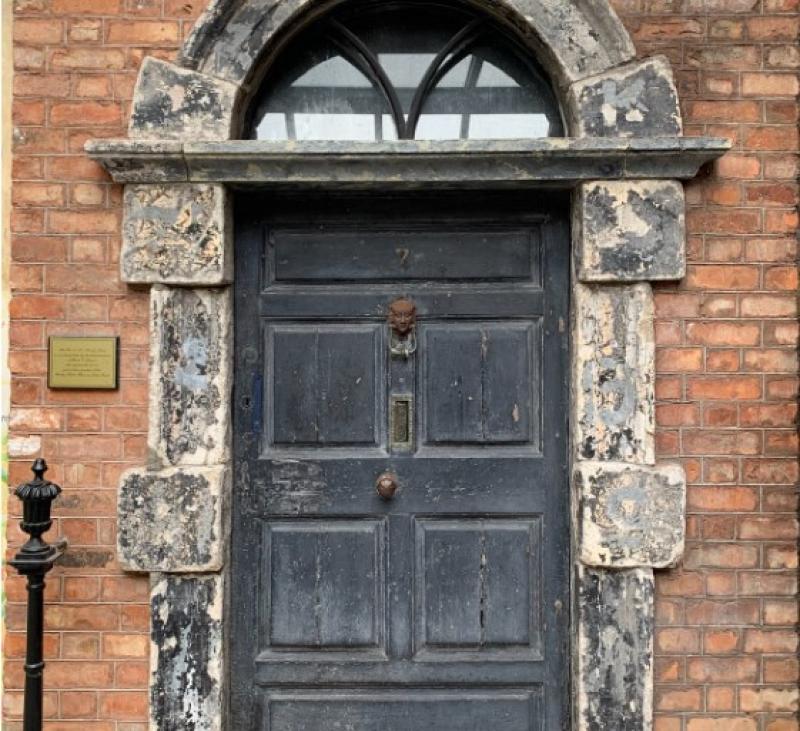 There's a gentleman here, Sir, the attendant said, coming forward and offering a card. From the Freeman. He wants to see the files of the Kilkenny People for  last year.

It referred to a Mr Keyes looking to advertise and searching out an ad he had in the Kilkenny People.

This newspaper was not yet thirty years in publication when Joyce introduced it to the readers of Ulysses in 1920 - 100 years ago!

A new app, entitled  Joyce’s Dublin, has been launched  dedicated to exploring the connection between James Joyce and the principal subject of all his work, Dublin. It allows users to see all the places associated with his life, along with those of his characters. While many people associate Joyce with only a few locations (Davy Byrne’s, Eccles Street, the Martello Tower in Sandycove), almost the whole city (and much of the suburbs) are referenced in his books. Because of his family's constant moving as they descended into poverty, he lived in 20 locations around the north and south side of the city, and these places continued to live in his imagination, long after he left Ireland in 1904.