Kilkenny community rallies to get behind Ronnie’s Relay

Virtual challenge: Sports stars from county and beyond to come together for 24-hour event this month 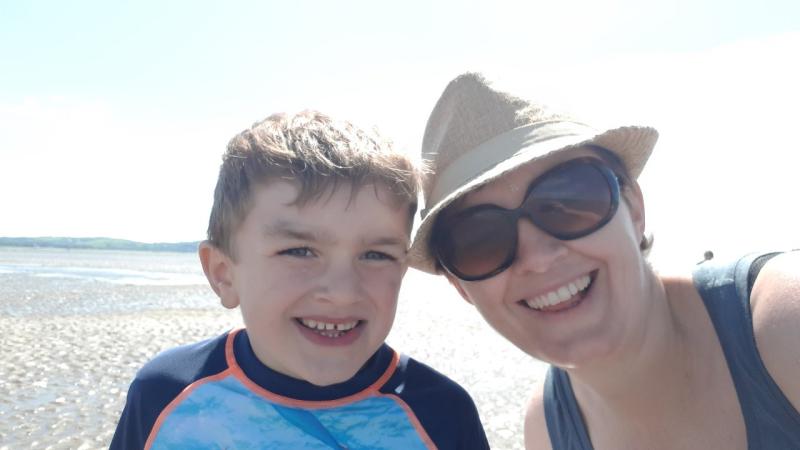 Sports stars from across Kilkenny and around the country are togging out to support cancer charities.
A galaxy of local stars will shine on June 27 when, under the dwindling restrictions of the Covid-19 lockdown, they undertake a 24-hour virtual relay.
The event, called Ronnie’s Relay, is being hosted by St Martin’s GAA club. In this event men, women and children of the parish will walk, run and cycle ‘virtually’ between every GAA pitch in the county - for the record, there are 42 of them, taking over a distance of 426km.
However, the locals will not be alone, they will be joined by many others around the country who have come out to support the event. The hurlers, footballers and camogie players of Muckalee, Coon and Ballyfoyle will be joined by members An Garda Siochana and the Army, Lisdowney, Castlecomer, Conahy and Tullaroan hurling clubs, Deen Celtic soccer club, Kilkenny Triathlon club, the local cycling club and the Nore Dragon Paddlers, to name just a few
Ronnie’s Relay is primarily being run in support of Veronica ‘Ronnie’ Clancy. It is also in aid of two great charities, Jim Bolger’s Hurling for Cancer and the fantastic Carlow Kilkenny Homecare team.
Ronnie, who hails from Lisdowney woman, married Niall in 2003 and settled in Coon. There they are bringing up their young family, Emma, Hannah and Evan.
Ronnie is a proud member of An Garda Siochana, based in Athy. The family are steeped in sport. Ronnie is a member of the Nore Dragon Paddlers and is a committee member with “Relay for Life”, while Niall hurled with St Martin’s and is an active member of the club, serving as one of the many volunteers behind the scenes ensuring everything runs smoothly. Their children are involved at various levels within the club, while Emma is also a keen basketballer with Kilkenny Stars.
Unfortunately it hasn’t been an easy path for Ronnie. She was diagnosed with breast cancer in 2012 when Evan was just 10 days old. As a young mother, an aggressive treatment path followed with bouts of chemo and radiotherapy. The recovery was long and not without complication, but she was determined to recover. While she never officially received the all-clear she was able to take up numerous activities supporting cancer charities.
Through Relay for Life she was not just able to support the various charities, but she also inspired Emma & Hannah in 2016 to have their beautiful long hair cut to donate to the Princess Trust Fund for children also struck with this terrible disease.
In 2016 Ronnie was one of the founding members of the Nore Dragon Paddlers, a group of dragon boat paddlers made up of breast cancer survivors. With them she has been fortunate enough to travel throughout Ireland and Europe to compete in various events.
The spectre of cancer however was never far away from Ronnie, who lost both her mother Mary and sister Mary-Beth to it in recent years. In January this year during a routine check-up, Ronnie received the crushing news that her cancer had returned. Her old enemy was back and this time it had invaded her bones. Knowing the battle that is ahead, the Clancy family have knuckled down. Despite the disruptions caused to treatment in these unusual Covid-19 times, their battle with cancer will be hard fought.

Hence this community of north Kilkenny are determined to help. They have enlisted the support of many through St Martin’s.
“It’s an honour for the club to facilitate this event for these great causes, especially in these challenging times,” said Paul Corcoran, chairman of St Martin’s.
Friends, colleagues, acquaintances, sport stars both local and national, have pledged their support for this young mother and the charities involved. Everyone can get involved, starting with a visit to the Ronnie’s Relay gofundme page.
Details and regular updates can be found at St Martin’s social media pages or by contacting Patrick O’Flynn, tel 083-4631641 or Patrick Kealy, tel 087-2760628.