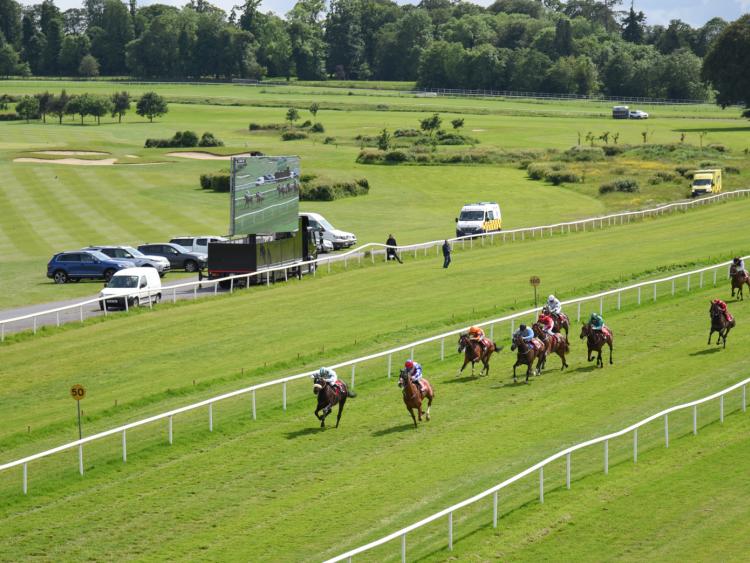 The opening MansionBet’s Beaten By A Head Handicap was an unfortunately appropriate title for Murtagh and especially jockey Nikita Kane, who was denied her first winner as Beauchamp Bagenal (12/1) refused to yield to Trueba.

It was, however, a race that trainer Barry Fitzgerald and jockey Luke McAteer will remember as it provided them with their first triumphs of the season. Beauchamp Bagenal was providing Fitzgerald with a third winner from just five runners on the flat this calendar year and the Dundalk maiden winner of last January was very tough to keep Trueba and Kane at bay.

Consolation came quickly for Murtagh as So Suave (13/2) was delivered late by Danny Sheehy to swoop by Feminista and land the MansionBet Proud To Support Racing Handicap. Owned and bred by Ballylinch Stud, the son of Make Believe was a bit keen early on but Sheehy took him back into the middle of the pack and he had more than enough energy in reserve to claim the honours.

Murtagh made it four for the week in Division 1 of the Mansion Bet’s Paid As A Winner Handicap, where Mirann (9/1) marked his first run for the yard with a cheeky half-length win. The former French-trained Aga Khan-owned son of Motivator has been gelded since being purchased at the end of last year and looks a very exciting prospect judging by the manner in which he accounted for this opposition.

Carroll sealed his double in the second division and certainly earned it, thrusting the Mick Mulvany-prepped Ideal Pal a short head in front in the shadow of the post for Mick Mulvany, after a protracted duel with On The Balcony.

It was easier for Carroll as he teamed up with Joe Murphy and first-timer Collaborating (12/1) to score in the Irish Stallion Farms EBF Maiden for three-year-old colts and geldings.

Just 20 minutes after Russian Emperor rattled home to score in the Hampton Court Stakes at Royal Ascot, Aidan O’Brien unveiled debutant Laburnum (2/1) for less heart-stopping victory in the Irish Stallion Farms EBF Maiden for three-year-old fillies. Bred in the purple, the daughter of Galileo and a Danehill mare only had to be pushed out by Seamie Heffernan to overtake the odds-on favourite, Thunder Kiss.

Maiden hurdle winner Takes Itall (15/8) made his first appearance on the flat in two years a triumphant one in effortless fashion in Division 1 of the It’s Not Rocket Science MansionBet Maiden for Joseph O’Brien and Shane Crosse, while in-form pilot Billy Lee combined with Henry de Bromhead to land the second division on Hurricane Cliff (10/3).