As the country gets back on its feet following the coronavirus pandemic, Trevor Spillane pays a visit to Kilkenny Tennis Club to see what life is like 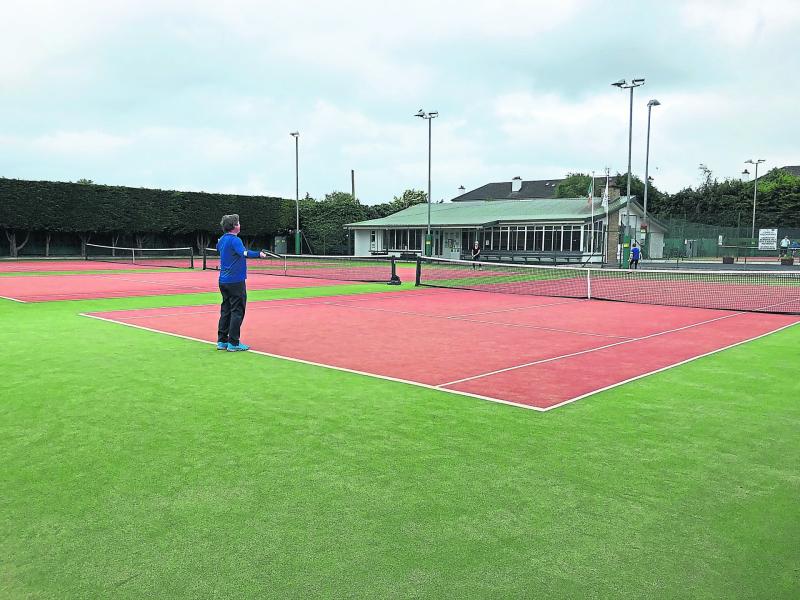 Club serves up some online hits

While clubs have had to endure lockdown it doesn’t mean they’ve stopped altogether.
Kilkenny Tennis Club were just one of the many organisations who got creative when it came to keeping members interested during the lockdown.
“We used our social media pages to show old club photographs from the 1970s, 80s and 90s,” said Brian.
“We also ran Facebook competitions, volleys against the wall and things like that - we even had a competition where we got people to count the number of tennis balls we took off the roof! We posted a picture of a loveheart featuring all the tennis balls we took off the roof and we gave a racquet to the winner.
“We were doing our best to keep members involved during the shutdown, to let them know we were still here and willing to get back,” he added. “Our Facebook page came on after that - we got a load of hits from items we put up. We were conscious to keep in touch with people.
“Helen did a nice piece on life in the club and what we were doing to prepare for life. It was important to do it, as it let people know what was happening.
“That links in with the community element of the club, making it about more than just tennis,” added Shirley. “It’s important that people stay involved.”