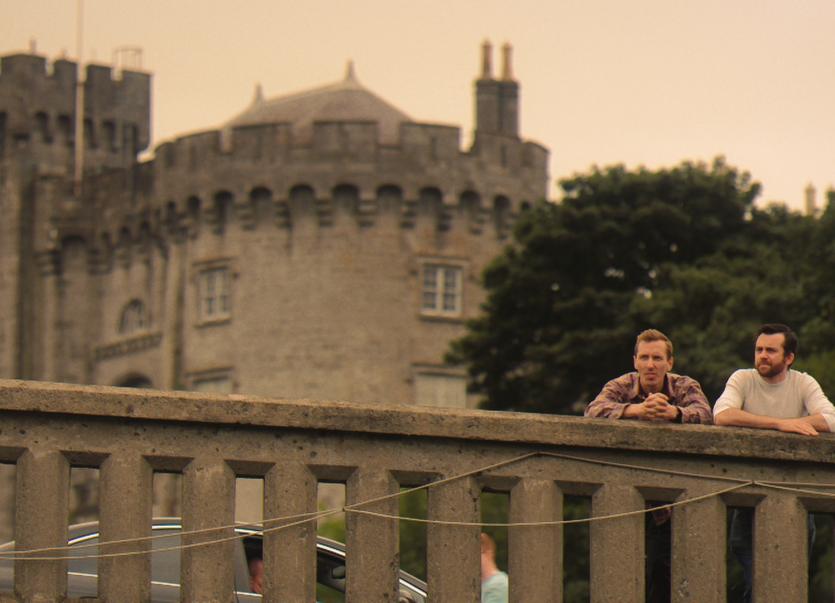 Kilkenny will shine on the big screen when a locally-made movie gets its premiere at the Galway Film Fleadh next Tuesday (July 7).
Poster Boys, made by Dave Minogue features Kilkenny and Kilkenny actors prominently.
Poster Boys tells the story of Al Clancy, who goes on a cross-country road trip with his nephew Karl in an attempt to save his job as a Poster Boy. The film offers a feel-good comedy road trip experience with a lot of heart while showing off the beauty of the Irish countryside and the quirks of Irish towns across the country.
The film came about after a bet was made at the 2018 Film Fleadh that Minogue couldn’t get Poster Boys shot before the end of the summer. Minogue had six weeks to prepare, write and shoot the film or he’d lose his star - his 10-year-old nephew Ryan. With help from businessman Bobby Kerr, Minogue had a budget of €25,000 to cover the crew’s rent, food, accommodation, travel and expenses.
They went through many crazy hoops to make the film, from hiring a student from Southampton University so she could rent all the gear for free to crewing up to the exact number of available beds while also conjuring extras and locations out of nowhere.

Then the team kept getting hit with random bad luck - things like crashing the campervan, which resulted in a huge dent in the camper and the budget. The front wheel of a hero car fell off while in transit; that car getting towed at a traffic light and being left stranded with all the camera gear on Thomas Street. However, none of this was scary as dropping Ryan home late to his mother (Dave’s sister) and having her nearly shut down the production or his parents threatening to kick the crew out every day.
And there was Ryan Minogue-Lee, an amazing charismatic child but that kid ran the show. Telling Dave when it was time to move on to the next scene, deciding himself if a take was good enough, power plays with other actors.
Now, despite all odds, the film is finished and will Premiere at The Galway Film Fleadh 2020. It kept getting better with more and more people came on and adding their support and energy.
From Keith Duffy, Joe Rooney, Ian Dempsey, Enya Martin, Vyvienne Long, Justine Stafford and the creatives at Poster Posse jumping in to help make it that bit extra special.