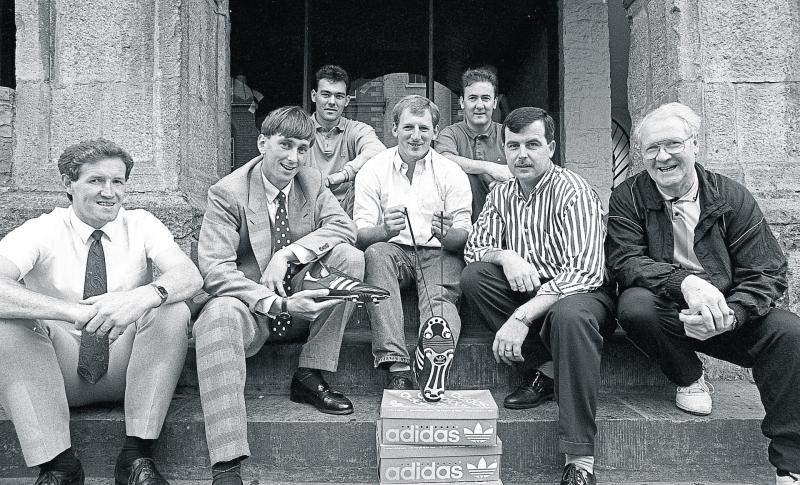 It’s the Nineties - when Kilkenny featured in five All-Ireland finals and won two - under the guidance of the first man to be selected in this process - the legendary goalkeeper Ollie Walsh.
This was the decade that one Denis Joseph Carey exploded on to the scene, a decade when the Leinster championship was probably at its most competitive as Wexford and Offaly shared titles with the Cats, and Dublin and Laois enjoyed memorable Croker days. It was the decade that saw the rise of Clare and the introduction of the back door - which saw Kilkenny fall as the first victims of a championship 'ressurection.'

The final selection, chosen from those who made the team for each decade, will be guests of honour at the GAA Race Day in Gowran Park. If your final selection matches the overall team, you can join them there.
Send your entries to Team of the Nineties, C/O Kilkenny People, 34 High Street Kilkenny or Kilkenny GAA, Nowlan Park, Kilkenny or you can vote online below, checking out further stories on our website which  feature all the statistics you will need to help make your decision thanks to Tommy Maher, and old film footage of the games these players starred in. Closing date is Monday, July 27.

Please note, there are more players in each positions, and some played in All-Ireland finals in different positions notably in this decade and thereafter. For instance, Derek Lyng is nominated for both midfield positions, so if you vote for him in one, maybe consider someone else for the other. Also note that a lot of players will span this decade, and on to the 00s, so that would be worth considering in any tie break situation you may find yourself in.