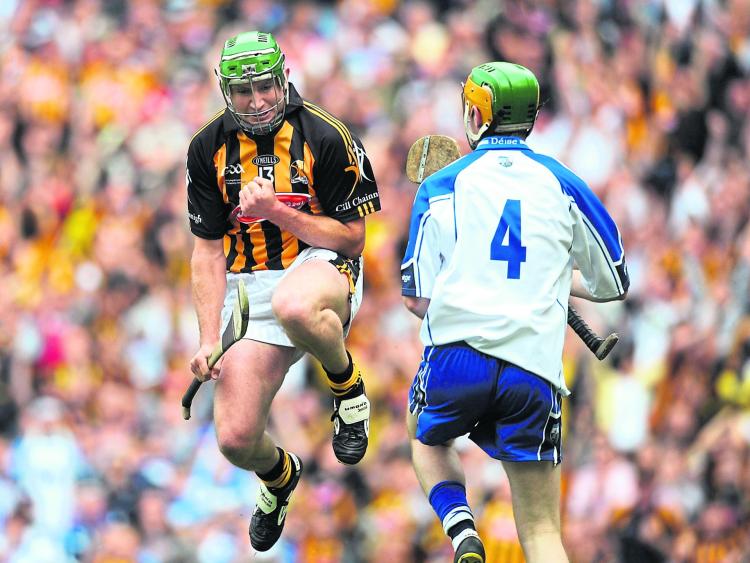 We are now on the final lap. With the announcement this week prior to the August Bank Holiday weekend of both the Noughties and Nineties teams, we now just have one final team selection to make.
It has been an incredible process where fans remembered their favourites and recalled great games of the past. Remember all the stats and indeed some footage remain on line for the overall selection process, which will commence shortly.
Online, voting has really taken off with the team of the Noughties, yet the team of the Nineties continued to see the postal votes come in.
Interesting to note that the team was predominantly made up of players from the 1992/’93 double All-Ireland success.
Young Irelands trio DJ Carey, Pat O’Neill and Charlie Carter all make the cut, as do the dynamic defensive duo from Glenmore, brothers Eddie and Willie O’Connor.
There are also players who didn't figure in that double success and who took until the Noughties to win their first All-Ireland medals - like Peter Barry and Brian McEvoy from James Stephens. Also Henry Shefflin made the cut at full forward, having lined out there in 1999. The King endured defeat in his first decider, but he was to savour success a record ten times in the next two decades.
This was the first team where there was no overlap from the previous decade, and probably the only team if the votes go as you would expect - with Shefflin likely to feature on the next two teams. 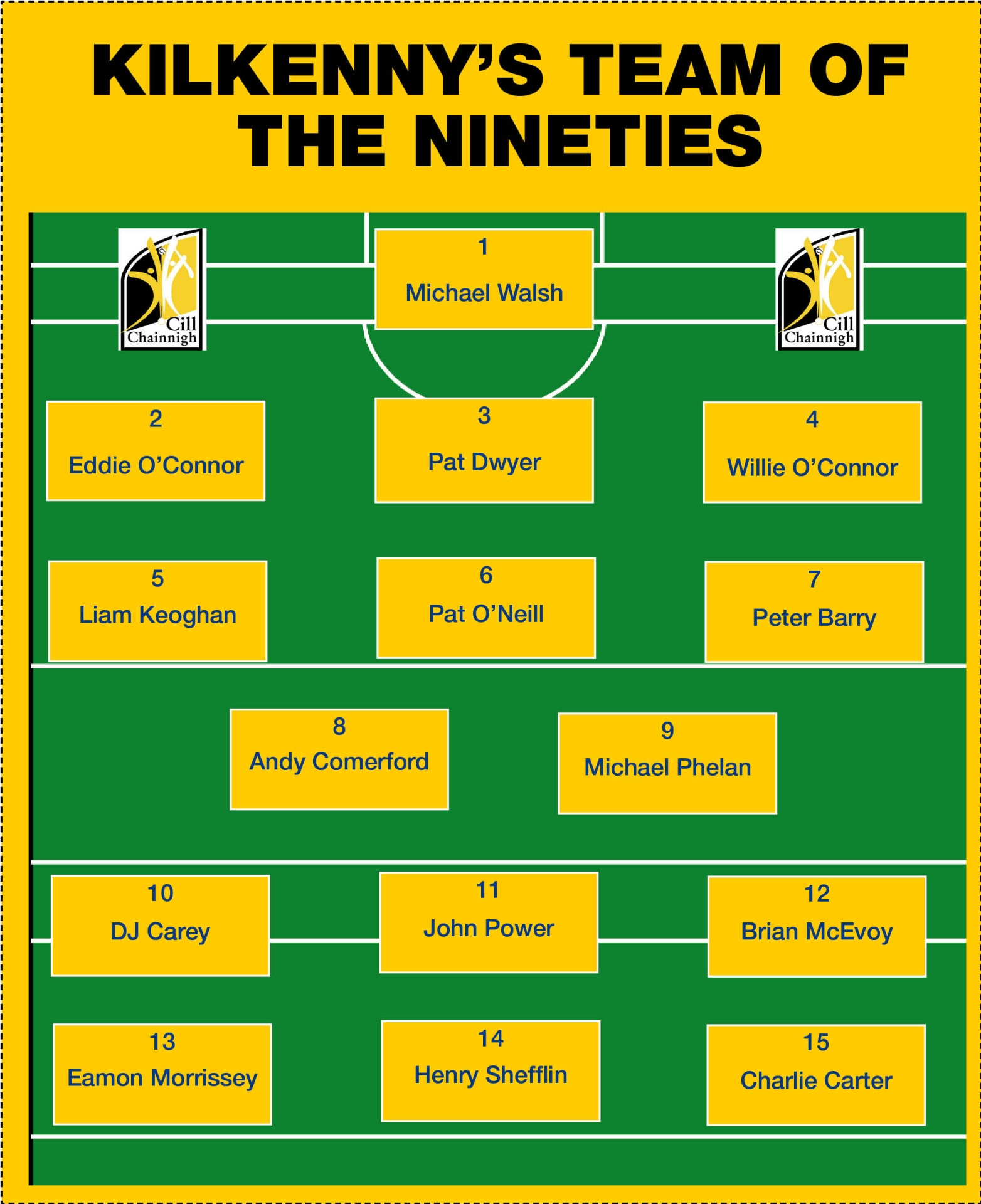 The Noughties saw voters pick from sometimes six options in a position, and the main talking points were in the forwards.
The settled looking defence saw James McGarry take the spot between the posts and the familiar look to the six defenders in front of him - with Jackie Tyrrell, Tommy Walsh and JJ Delaney in particular polling dominantly.
Derek Lyng and James ‘Cha’ Fitzpatrick was the favoured pairing but up front, there were a lot of tight votes. Richie Hogan was selected at right half forward along with centre Henry Shefflin and Eoin Larkin on the other wind. DJ Carey won out at full forward, another player from the Nineties line up. Eddie Brennan and Aidan Fogarty made up the corners. In strong running were Richie Power, Martin Comerford and John Hoyne for wing forward and full forward positions. 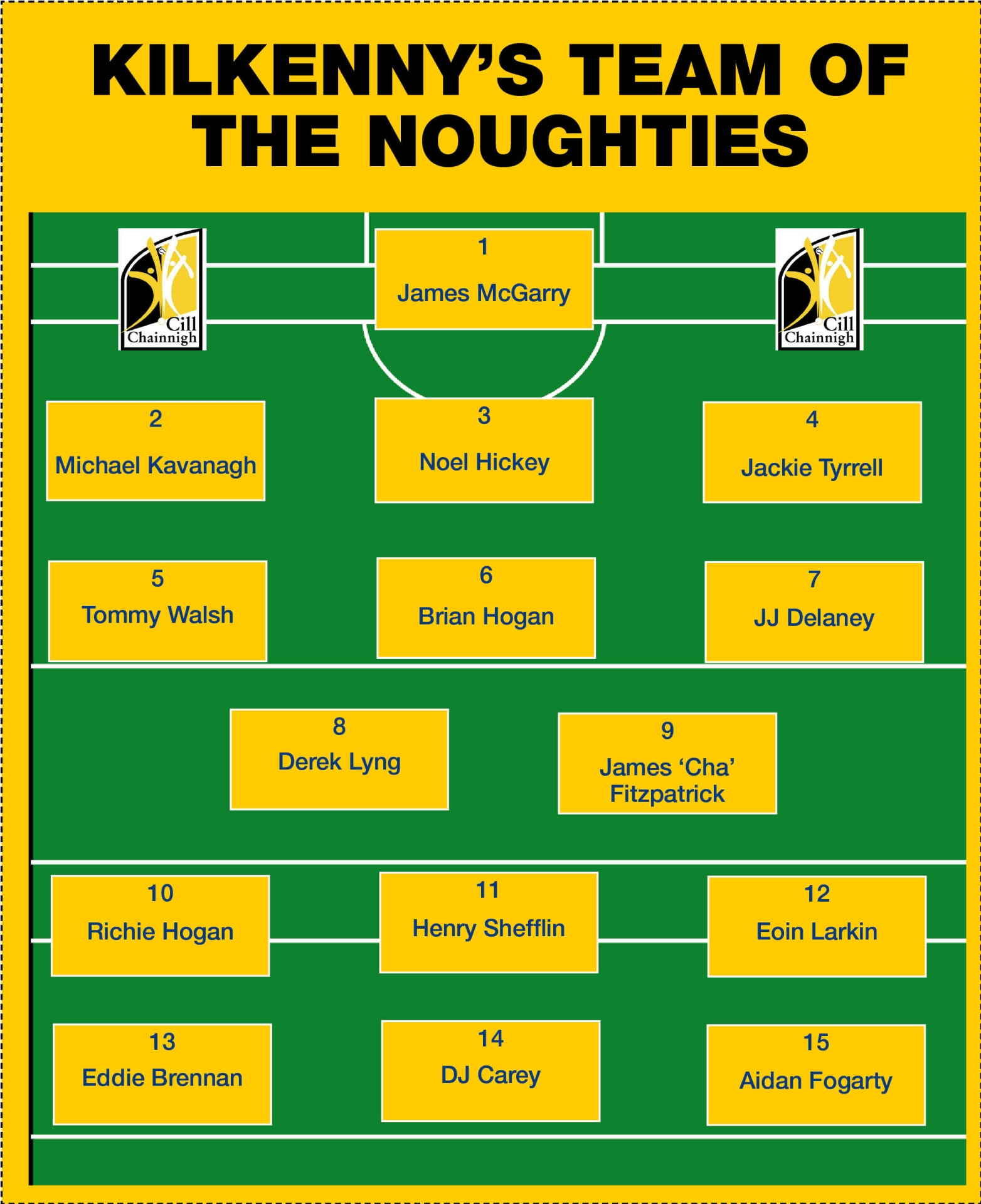