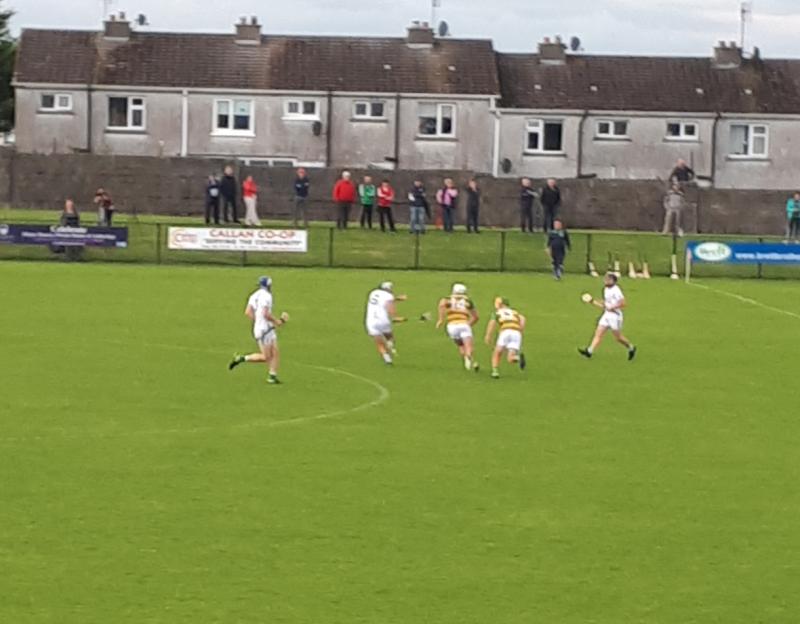 A solid performance from O'Loughlin Gaels saw them secure the opening points on offer in Group A of the St Canices Credit Union SHL with a win over Bennetsbridge in John Lockes Callan this evening.

Mark Bergin's goal from a penalty with the game only on moments set them up for an early lead, but the water break did more to spur on Bennettsbridge who were just a point behind at the break, 1-7 to 0-9 as their half back line in particular got more in to the play.

Both sides would count themselves unlucky around the goals, and in particular the Bridge when in the eight minute of the second half, Enda Morrissey was denied a goal thanks to a point blank save by Gaels keeper Stephen Murphy.

In contrast, O'Loughlins had  hit four unswered points to extend their lead to five in the opening ten minutes of the second half. Just before the second water break, a Liam  Blanchfield goal promised much for Bennettsbridge, but Gaels finished the stronger and with Eoin O'Shea, Eoin Wall and Robbie Buckley eager to carry and score, they ensured the Gaels secure the win - despite enduring some unsettling moments including a sideline delivery from Jason Cleere which was just cleared off the line five minutes from time.