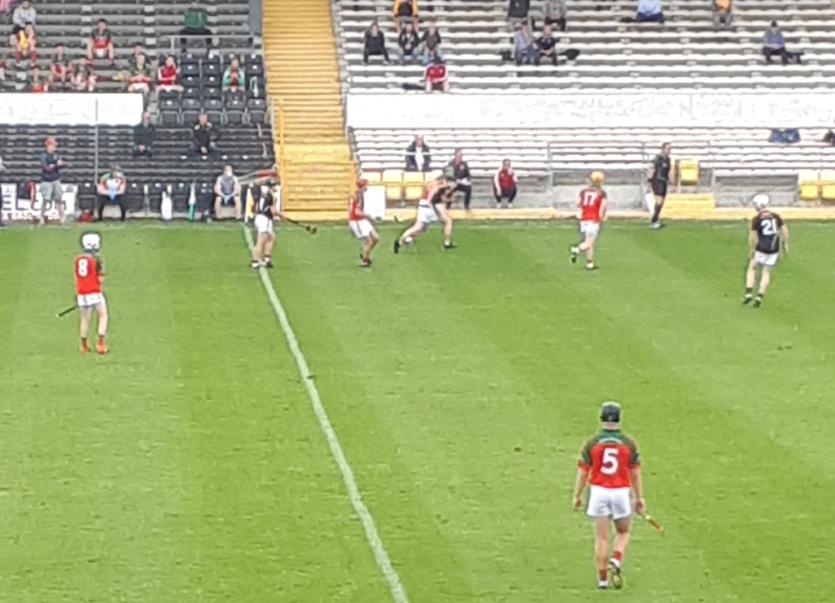 Having dominated most of the match, the statistics for the closing quarter after the water break would not make pleasant reading for James Stephens after this St Canice's Credit Union SHL clash at UPMC Nowlan Park against Danesfort this afternoon.

Only one point from play, going down to 14 men and the concession of a late goal all made it what it should not have been - an uncomfortable conclusion to this contest.

Up by three at the break, 0-11 to 0-8 with  both half lines well on top and Danesfort relying almost entirely on the free taking of Richie Hogan to keep them in the game, the Village hit four unanswered points in the first two and a half minutes of the second half.

By the 35th minute, they were up by eight, 0-16 to 0-8 and looked to be cruising. By the call of the water break, seven separated the sides but on the resumption, they just took their foot off the gas, and Danesfort sensed this. With the sending off of Jack McGrath five minutes from the end, Danesfort's hopes rose and when Paddy Hogan first timed to the net in the 61st minute, just one separated the sides.

As Danesfort missed a chance to equaliser, The Village calmly worked the puck out to Matthew Ruth, whose only point of the game helped settle their nerves, and forced Danesfort to throw the kitchen sink at it with a free from just forty yards out - which The Village defence cleared to the sound of the final whistle.