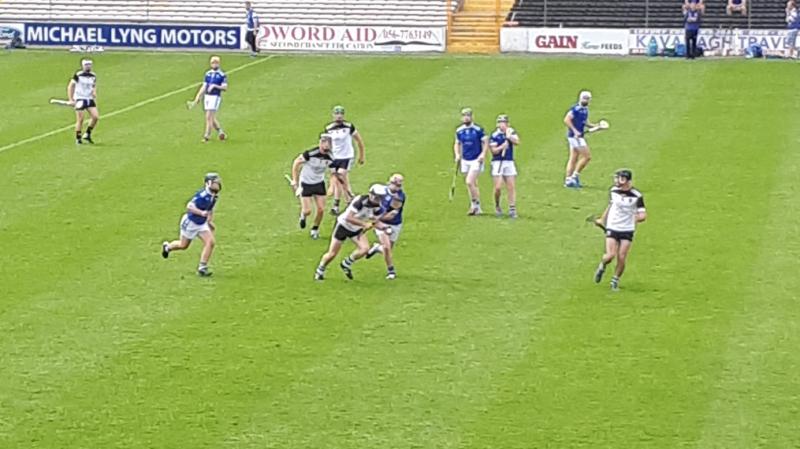 An injury time free from Mullinavat's John Walsh secured a draw for his side against Erins Own at Nowlan Park this evening.

Having done all the early running, Erins Own were subdued by a defiant Mullinavat who battled hard throughout the second half, and maybe on another day could have won it.

Erins own lead 0-11 to 0-8 at the break with Michael Murphy in superb form in the opening half, and had extended it to five points before Ger Malone struck for a goal in the 45th minute to really turn the game on its head.

Mullinavat looked like winning it until points from Jamie Holohan and Murt Boran put Erins Own back in control, a minute from the end of normal time.

In a nerve wracking, closing five minutes of injury time, both sides hit two wides apiece before Walsh converted his free on the 'Comer 45m line to share the spoils.