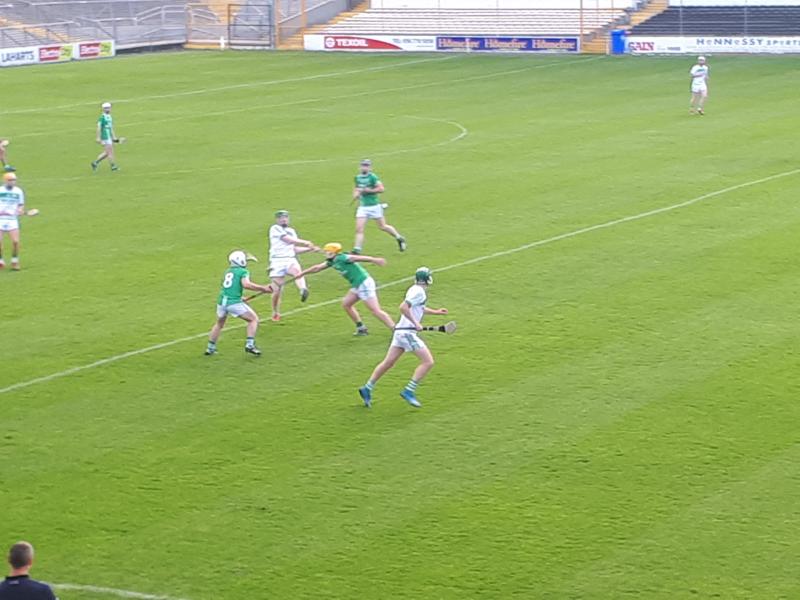 There was little between the sides at half time, with the Shamrocks edging in front 0-9 to 0-8 with their last two scores of the half coming from defenders Richie Reid and Evan Shefflin. The Shamrocks defence was well on top and when TJ Reid moved from full to centre they really troubled  the Gaels.

On the resumption O'Loughlins had only one thing on their mind - goals. Some tactical switches worked a treat as they forced two saves off Dean Mason before Jack Nolan broke through for his sides, and the games, first goal in the 35th minute.

That put them back in front, 1-10 to 0-11 and they never looked back. A second goal moments after the water break from Conor Kelly sealed the fate of Shamrocks, as O'Loughlins ran out comfortable winners with Eoin O'Shea and  Mark Bergin  scoring some fine points.

Richie Reid, Paddy Mullen and Joey Holden were in fine form overall for the Shamrocks defence, but up front a lot revolved around TJ Reid. As for the Gaels, Huw Lawlor, Paddy Deegan, Mikey Butler, Jordon Molloy all in fine form at the back, Nolan and Bergin had a fine second half with Eoin O'Shea and Eoin Wall full of running and their subs Paddy Butler and  Conor Kelly making telling contributions.