Victory for Vat but winners miss out on Shield final 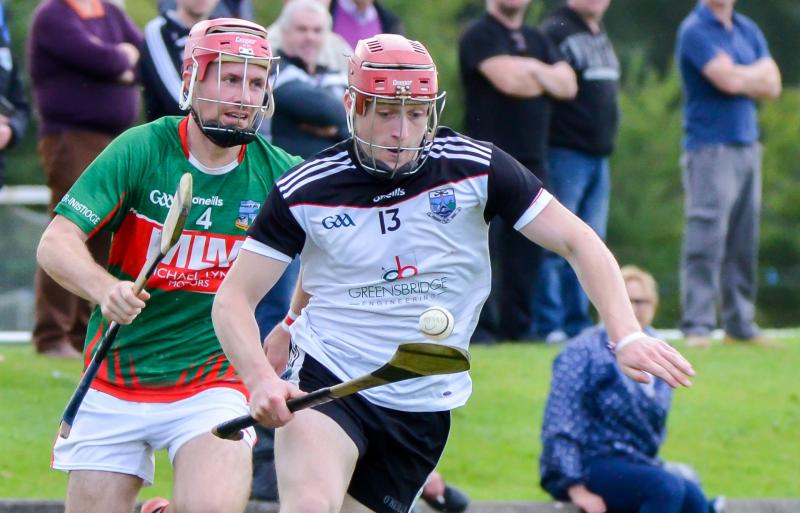 Oisin Knox was one of a number of players who impressed for Mullinavat PICTURE: BILLY CULLETON

It was third time lucky for Mullinavat as they picked up their first win of the senior hurling league but the result wasn’t enough to land a place in the Shield final.
Two draws in their opening games, and subsequent results, meant an 11-point win over Graigue-Ballycallan would propel them up the table. However, while they got the win it wasn’t by the desired margin.
It was Graigue who were sharper out of the blocks at UPMC Nowlan Park and they led by 0-3 to 0-1 early on. However, once the Vat got moving they took over. With John Walsh hitting 0-4 in the first half they we’re almost halfway towards their desired result as they led by five points at the break (0-10 to 0-5).
They continued to hold the upper hand in the second half but as their scoring form dipped their chances of making next weekend’s finals diminished. Some excellent points from Jesse Roberts helped Ballycallan close in on their rivals, but Oisin Knox and Adam Mansfield ensured the Vat held on for the win.