'Fan' Larkin and Michael Kavanagh level at corner back; Imagine a forward line without the legendary Eddie Keher? Can Richie Hogan claim a spot? Will Eoin Larkin make it? Still a lot to decide... 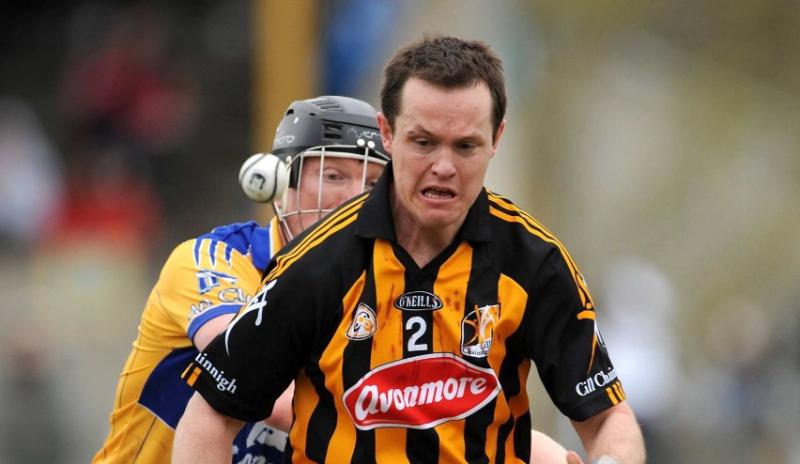 Corner back Michael Kavanagh, in a battle royale for number two with Phil 'Fan' Larkin

First round postal votes have been added to ten days of online voting in the search to find the Team of the Decades in Kilkenny hurling, and already contests in various positions are heating up.

As expected, the postal votes made a significant impact on the online votes - in some cases causing a change to front runners but mainly adding further daylight for those in front.

One of those was goalkeeper Ollie Walsh, the late, great legend of the game, considered one of the first super stars of hurling, is leading and postal votes put him further ahead of Eoin Murphy and Noel Skehan in that order - to have your say on the goalkeeper position click here

The closest contest is right corner back, where 'Fan' Larkin and Michael Kavanagh are level, and to check out the voting for that position just click here

Two modern day greats are leading the full back position,with Noel Hickey on 45% of the vote ahead of JJ  Delaney - you can vote for your choice  here

Left corner back sees Jackie Tyrrell the very popular choice, but there is strong support also for Willie O'Connor - click here to see that contest.

The half back line is looking like Tommy Walsh , Ger Henderson and JJ Delaney, and you can vote for right half back here- It's a position where Joe Hennessy and Seamus Cleere are also receiving good votes

Ger's closest rival is his brother Pat, and you can check out that vote here

And the closest to  fellow Fenian JJ Delaney on the left wing is sixties star Martin Coogan, you can check that vote here

The forwards will be interesting - will this team be selected without Eddie Keher or could Eoin Larkin lose out? Can Richie Hogan secure a place? Will DJ be on the wing or at full forward? Can TJ Reid make the cut?

One wing forward position sees TJ Reid as a front runner, you can check that out here

At centre forward, King Henry is well in front, with Pat Delaney currently his closest rival - check out that vote here

And left half forward sees Eddie Keher and Eoin Larkin in poll position, you can check out that vote here

At top of the right, Fast Eddie, with 46% is setting the pace on Billy Fitz, check that vote here

Full forward sees DJ Carey in control on the edge of the square, on 47% and you can check that vote here

In the left corner, another close contest, with Richie Hogan leading Eddie Keher, as Liam Fennelly is also polling well. Check out that vote here

The left hand side of the attack is very competitive with three legends of the game - Keher, Larkin and Hogan - fighting it out for two positions.

Please see below the nomination form if you wish to print out and send in to be in with a chance of attending the gathering of these greats. 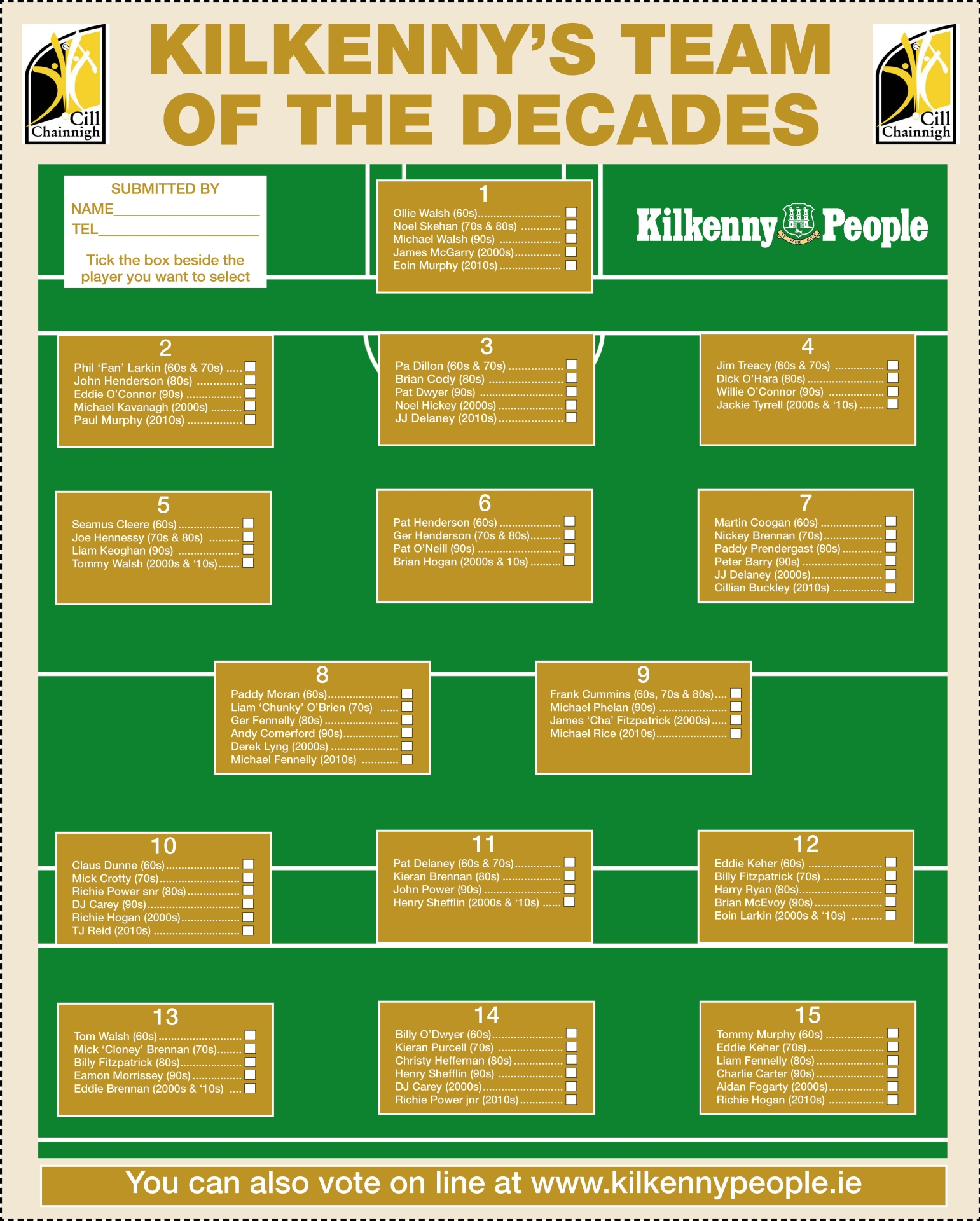