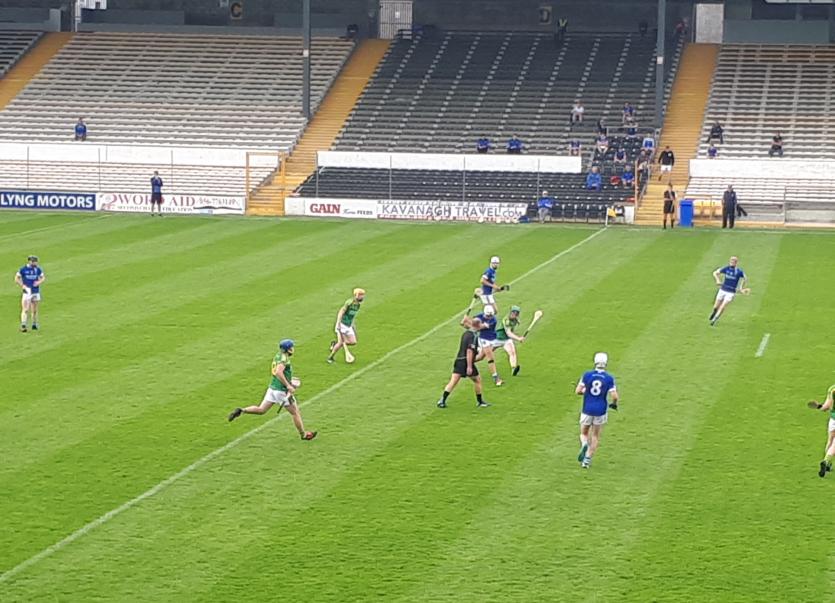 Action from the IHL decider at UPMC Nowlan Park

Double up for Thomastown as they retained their Michael Lyng Motors IHL title with victory over Dunnamaggin at UPMC Nowlan Park this afternoon.

The foundation for victory came in the first half, when Thomastown were 1-12 to 0-3 up at the break thanks to a Stephen Donnelly goal, as Dunnamaggin had failed to score from play.

Dunnamaggin reshuffled for the second half and a combination of their greater intent and key injuries suffered by Thomastown saw Dunna' come back in to the game as John Fitzpatrick led the charge.

With five minutes to go, Dunnamaggin had it back to five points, 1-15 to 1-10 thanks to a Michael Cody goal but Robbie Donnelly, superb from frees, settled the Blues again as they won out deserving winners.

In injury time, John Joe Farrell and Ray Cody swapped late goals giving the scoreboard a reasonable  reflection of the efforts of both teams.