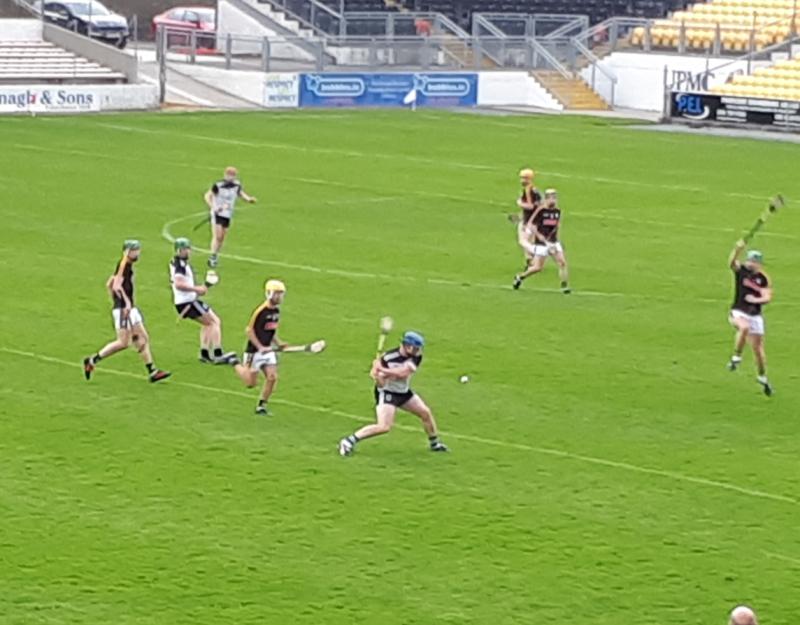 Willie O'Dwyer picks off a point in the win over Danesfort

Mullinavat stormed back to force extra time and certainly made it count with an incredible performance in the added twenty minutes, securing their place in the St Canice's Credit Union senior hurling championship quarter finals.

With top performer John Walsh hitting 2-13, 2-8 coming from play, they will go in to the final eight with a renewed confidence as this was tough test.

Danesfort did all the early running, with Richie Hogan in stunning form. Hogan hit 16 points, but pulled up in the closing stages with a leg injury and if he does not make the next round to avoid the drop, Danesfort will be in trouble.

They held a half time lead of 1-15 to 0-10 thanks to a Paddy Hogan goal in  the 34th minute, and were worth the margin such was their crisp hurling, the threat of Jack Bruton and the brilliance of Richie Hogan. An Oisin Knox goal in the 42nd minute brought the margin to three points.  Danesfort responded to a John Walsh goal in the 48th minute, and were 1-21  to 2-13 up as the 60 minutes loomed.

Then came the Mullinavat scoring blitz, stunning really with 2-7 hit in ten minutes without a Danesfort reply. With Tom Aylward and Michael Malone defiant in defence, Danesfort had no answer and overall, they will feel they had the chance to secure the win in normal time.

It's Mullinavat who advance though, and they will gain a lot of confidence from this win.