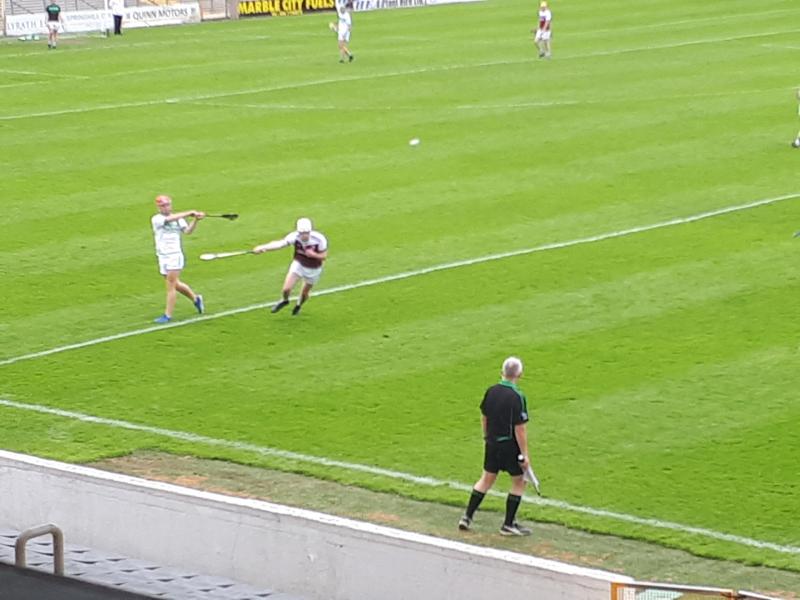 Never in much doubt after just six minutes, when Ballyhale Shamrocks hit  three goals in quick succession to ensure a comfortable passage to the final four of this years St Canice's Credit Union SHC.

The trio of goals arrived between the fourth and sixth minutes, the first coming from Eoin Cody after  solid work from Colin Fennelly before Eoin Reid finished to the net twice, linking up with the lively running from Shamrocks. Another goal from TJ Reid in the 11th minute, almost walking the ball in to the net had Shamrocks ahead by twelve and they never looked back.

Clara fought hard to stay in touch but they were simply no match to the slick passing of Shamrocks where Richie Reid, Darragh Corcoran, Patrick Mullen and Joey Holden were the dominant players in defence and midfield.

Chris Bolger forced a fine save off Dean Mason in the second quarter, it was the closest they came to finding the net in the first half and the harder they tried to push for a goal in the second, the more unlikely it was that the ball would bounce kindly for them.

The second half saw Shamrocks produce all their skills throughout the field, as Clara, with Shane Prendergast, Lester Ryan and  Liam Ryan ( top scorer for Clara from play with three points) trying to rally the troops.

Colin Fennelly may have only scored one point, but he had a telling influence on this game with his ability to win and hold possession for willing team mates to support. Another performance of note was from Eoin Cody, his turn of pace and class was truly top notch.