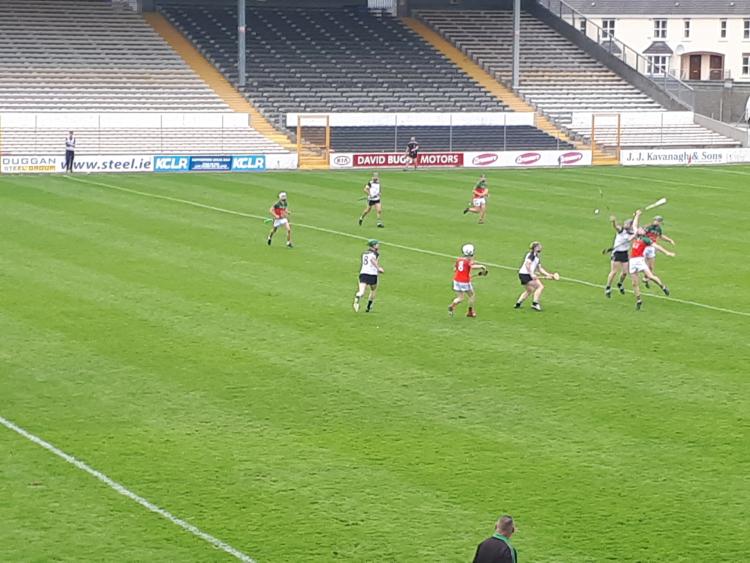 Action from the clash between James Stephens and Mullinavat

James Stephens are through to the semi-finals of the St Canice's Credit  Union SHC, where they will face Shamrocks, having led from pillar to post they held out in the end to win by a deserving five points.

A goal from a Niall Brassil penalty had them up 1-13 to 0-8 at the break, with five points from midfielder Cian Kenny being the exceptional performance of the first half.

Mullinavat dug in on the resumption, and scores were very hard to come by. A goal from John Walsh helped bring Mullinavat back in to the game, and by the 61st minute they were just a point behind, 1-18 to 1-16.

But three Eoin Guilfoyle points settled the nerves for The Village men, as Sean Manogue produced a stunning save to deny John Walsh in the 65th minute.